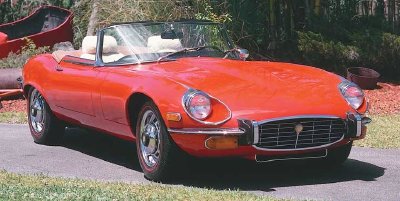 The E-Type was the pinnacle of the already legendary Jaguar lineup.

In the 1920s, Jaguar (then called Swallow Coachbuilding Company) was making its money by creating motorcycle sidecars. It wasn’t until the 1930s that founder William Lyons started making car bodies, and then entire cars. By 1945, he had changed the company’s name to Jaguar Cars, Ltd. and had begun to make history.

In this article, you’ll learn all about some of Jaguar’s most famous models, starting with the Jaguar XK120. A sensation right out of the gate, the XK120 (which referenced its 120 mph top speed, incredibly fast for its day) combined exhilarating performance with incredible value, all in a sleek, futuristic package.

From there, Jaguar evolved the concept with the XK140 and XK150, enhancing the cars’ strong points while working to eliminate drawbacks. As a result, Jaguars just got better and better, culminating in the Jaguar E-Type. Originally a sports-racing project, it was adapted to road use and was popular enough to last for ten years of production, thanks to its refined machinery and beautiful styling.

Continue on to learn more about the Jaguar lineup, from the early six-cylinder cars to the later twelve-cylinder roadsters, complete with car profiles and photos.