How Grants for Hybrid Cars Work 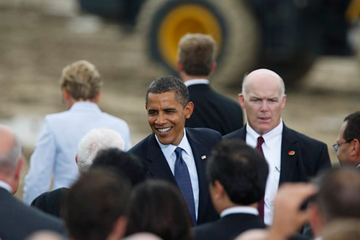 President Barack Obama greets the crowd after addressing a groundbreaking ceremony for the LG Chem plant that will manufacture advanced batteries for Chevrolet and Ford electric cars in Holland, Mich., on July 15, 2010.
AP Photo/Carlos Osorio

With the goal of reducing America's dependence on foreign oil and creating new jobs, 48 companies were slated to receive funding under the American Recovery and Reinvestment Act in order to further the country's battery and hybrid technology.

President Obama's goal is to have one million plug-in hybrid cars on the road by 2015, so he called the investment in these technologies essential to accelerating production. Advancements in these technologies will "allow manufacturers to meet increased fuel economy standards while reducing vehicular emissions of greenhouse gases," according to the Department of Energy.

Here's how it adds up: $1.5 billion goes to manufacturers to produce batteries and their components. Another $500 million goes to companies that produce electric drivetrain components for vehicles, including electric motors. Finally, $400 million in grants will be used to purchase thousands of plug-in hybrid and all-electric vehicles for public test demonstrations [source: TreeHugger].

The recipients of these funds range from Detroit's Big Three automakers to smaller companies that make battery and electric motor parts. The 48 companies are located across the United States and were selected after an intense competition process. With the stimulus money, these companies are hoping to bring down the cost of producing green vehicles and put more of them in our driveways.

In this article, we'll look at how the stimulus package is being used to produce hybrid and electric cars and examine other grants for eco-friendly vehicles. 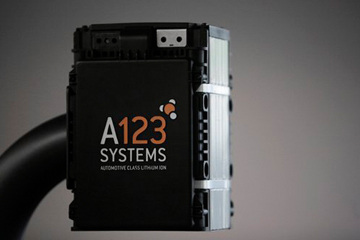 The 2009 American Recovery and Reinvestment Act, more commonly called the stimulus package, is a $787 billion plan designed to aid businesses with pulling out of the economic downturn of the last few years. Anyone can track stimulus projects at a dedicated Web site here.

Beginning in March 2009, more than 250 companies applied for grants under the Transportation Electrification Initiative and the Electric Drive Vehicle Battery and Component Manufacturing Initiative. The former applied $400 million to the development of electric and hybrid cars, as well as educating the public about them; the latter applied $2 billion towards the construction of plants that can produce batteries and electric vehicle components [source: U.S. Dept. of Energy].

Here's how it all shook out when the winners of the grants were announced a few months later. General Motors received about $245 million to support battery-pack production and demonstrations for their Chevrolet Volt plug-in EV, as well as a new rear-wheel-drive electric platform. Ford Motor Company pulled in more than $90 million to develop a transmission for electric cars and to send their plug-in hybrids out for fleet use. Chrysler was awarded $70 million to develop over 200 advanced plug-in hybrid electric pickups and minivans [source: Hybridcars.com].

But car companies weren't the only ones that benefitted from the stimulus package. The biggest grant recipient was Johnson Controls Inc. of Michigan and Oregon, which received nearly $300 million to produce nickel-cobalt-metal battery cells and packs. And A123 Systems Inc. of Michigan received just less than $249 million to create battery cells and modules and assemble battery packs for cars. Other companies got smaller amounts of money to manufacture components like semiconductors.

The Electric Transportation Engineering Corporation of Phoenix received $99 million to demonstrate Nissan electric vehicles. And several universities got funding for various educational programs, including one that teaches emergency responders how to safely rescue people from electric cars involved in accidents.

With any luck, the billions of dollars invested by the government will go a long way in allowing American industries to put more hybrids and electric vehicles on our roadways. You can see a full list of all the grant winners here.