Solar Panels Are Slowly Making Their Way on Cars 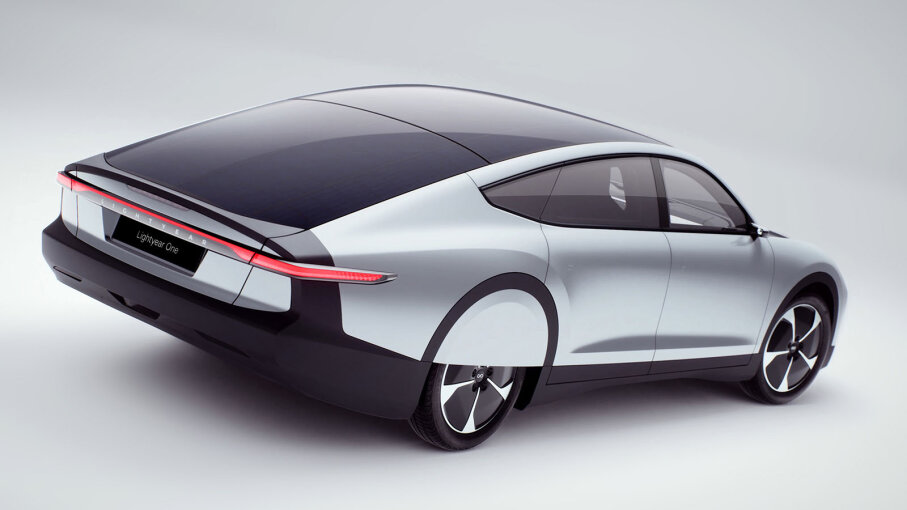 The roof and hood of the Lightyear One are comprised of integrated solar cells so the car can charge itself whenever it absorbs sunlight. Lightyear

There may be no such thing as a free lunch, but what about a free ride? Think of how awesome it would be if your car could keep running without you spending a dime on fuel. If you drove a solar-powered car that dream could be a lot closer to a reality.

Much like solar-powered homes, solar cars harness energy from the sun, and then convert it into electricity. That electricity then fuels the car's powertrain, which is similar to the combination of an electric motor and battery-based energy storage that drives modern hybrid cars.

Solar cars can accomplish this through photovoltaic cells (PVC). PVCs are the components in solar paneling that convert the sun's energy to electricity. They're made up of semiconductors, usually made of silicon that absorb the light. The sunlight's energy then frees electrons in the semiconductors, creating a flow of electrons. That flow generates the electricity that powers the battery or the specialized motor in solar cars.

The earliest solar cars were DIY jobs that date back to the 1970s and were mostly designed and assembled in car enthusiasts' garages. Several other organizations experimented with race cars designed to take advantage of solar power. These helped engineers understand the potential — and the limitations — of collecting and storing solar energy, maximizing aerodynamics and identifying other challenges to running a car powered off the sun.

As for major auto manufacturers' contributions to the field, Ford and Mazda, notably, both introduced solar hybrid concept cars in the mid-2000s, and Cadillac designed a concept car that used solar panels to help power accessories like interior lighting and audio that typically draw off a car's electrical system (which, in turn, contributes to fuel consumption).

None of these concept cars made it to production, which means they were never available to consumers. After that, investment in solar car technology more or less went dark, at least as a mainstream pursuit.

On the upside, though, many automakers have shifted development resources toward making hybrid and plug-in hybrid cars more practical, efficient and affordable than ever. This, in turn, means it might be time to give solar cars another shot, though the new-generation solar cars on the horizon are more like hybrids that add solar power to the mix. 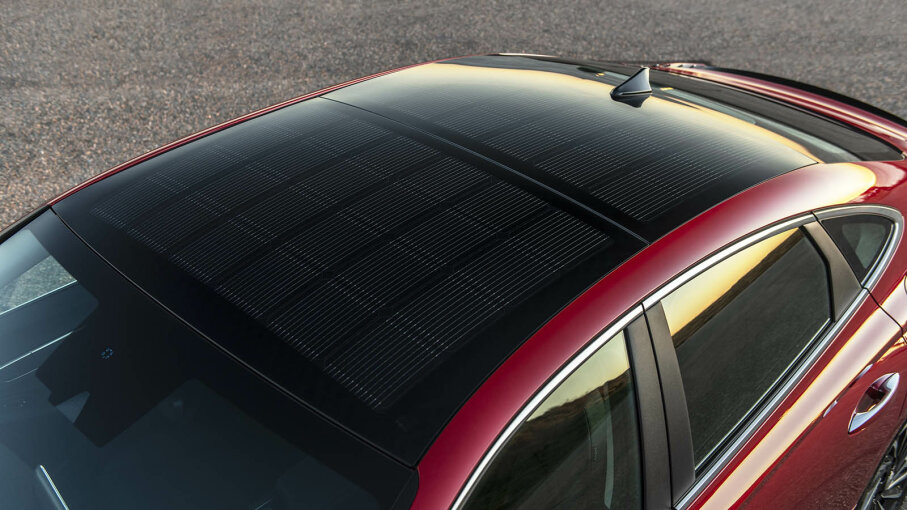 The 2020 Hyundai Sonata Hybrid features a Solar Roof System that recharges the car's hybrid battery and increases the car's driving range by a couple of miles a day. DREW PHILLIPS

The renewed interest in solar panels on cars is less about the panels themselves becoming better, and more about the fact that hybrid and electric cars, and their infrastructure, is better. In other words, it's easier and more affordable than ever for consumers to go buy a readily available electric or hybrid car, and these cars are more efficient, easier to charge, and have fewer compromises overall than EVs and hybrids of just a couple generations ago. That means there are more people who can take advantage of solar power to run a car, and that solar power will literally go farther than it would have in the past.

That said, solar panel technology has improved, too. It's more affordable and easier for most consumers to incorporate into a home or garage update. But solar-powered cars still have a long way to go.

In fact, it's unlikely that we'll see a car that can be fully powered by a solar panel integrated into the roof, because a panel that size is just too small to produce the power needed. EnergySage, a company that helps consumers research and shop for solar technology, estimates that a car completely covered in solar panels (not just the roof) could only power an electric car for a maximum of 25 miles (40 kilometers) a day, and that's assuming weather and other conditions are absolutely perfect. Yet, EnergySage argues a solar panel that gives a car a boost of just a few miles a day is still worth the investment.

So which automakers are investing in the technology? There are several. High-tech company Lightyear released two Lightyear Research Vehicles to test its integrated solar technology on the road in June 2020. The company says it is preparing to produce an exclusive series of cars equipped with its solar technology by the end of 2021.

Germany's Sono Motors has spent three years developing a manufacturing process that will enable the seamless integration of solar cells into the body of its Sion electric car. On June 30, 2020, the company announced it had partnered with Roding Automobile GmbH to begin production of its next generation of Sion prototypes.

Toyota is testing a version of the Prius with an integrated solar roof in Japan. This demo version, which is not for sale, can charge the car while it is being driven; its earlier version could only charge while parked. The 2020 Hyundai Sonata Hybrid, however, is available to American consumers and comes with a solar roof panel that recharges the car's batteries. The roof panel generates enough electric power to increase the car's driving range by about 2 miles (3.2 kilometers) a day.

The Tesla Cybertruck, which was unveiled in November 2019 but isn't expected to be released until late 2021, has an option for solar panels, even though Tesla CEO Elon Musk has previously said that solar panels on cars are too inefficient.

And that brings us to the question of whether or not the extra cost of adding solar panels to a car is worth it. For example, cars in sunnier locations and cars that are parked outside rather than in a garage, will generate more solar power and offer more of a financial benefit to owners. But the question still remains to be seen whether the financial costs to automakers will be beneficial enough to produce them.

DIY solar panel kits that are designed to contribute to powering the battery of an electric or plug-in hybrid car via the home's charging system are available. Similar aftermarket kits are offered and marketed as ways to help power RVs or trailers. They can also be used to collect and store energy for camping accessories such as tents or cooking setups, like those designed to mount in the bed of a pickup truck.

Solar kits for these purposes are mainstream enough that they're available at online and big box retailers. As for now, though, adding solar panels directly to your car isn't very common. Though they may someday become more plausible for more consumers.

Tesla's Cybertruck has optional solar panels, which can be used to power things like its camping equipment.
Tesla
Solar Car Competitions

Solar car racing has been going on since the 1980s, long before today's consumer-focused efforts at getting solar cars on the road. The 1,872-mile (3,012-kilometer) World Solar Challenge began in 1983 and races across Australia every two years. The American Solar Challenge started in 1990 and follows a route across North America that changes almost every year.