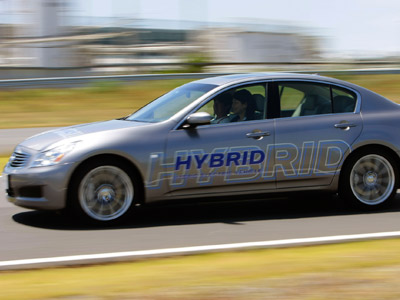 ­­Nissan is of­ten seen as an "also-ran" competitor when compared to Toyota and Honda, the Godzillas of Japanese automakers. But for buyers who want a little more performance from their family sedan, the Nissan Altima has long been the car of choice. The Nissan Altima Hybrid now lets drivers pass the gas station in addition to passing other cars on the road.

In 2008, Nissan sold 8,819 Altima Hybrids. While those sales numbers aren't as high as sales for hybrids from Honda or Toyota, what makes the Altima Hybrid's sales impressive is that it's only available in eight states. If Nissan sold the Altima Hybrid in more areas, sales, and Nissan's reputation for eco-friendly driving, might be a bit higher.