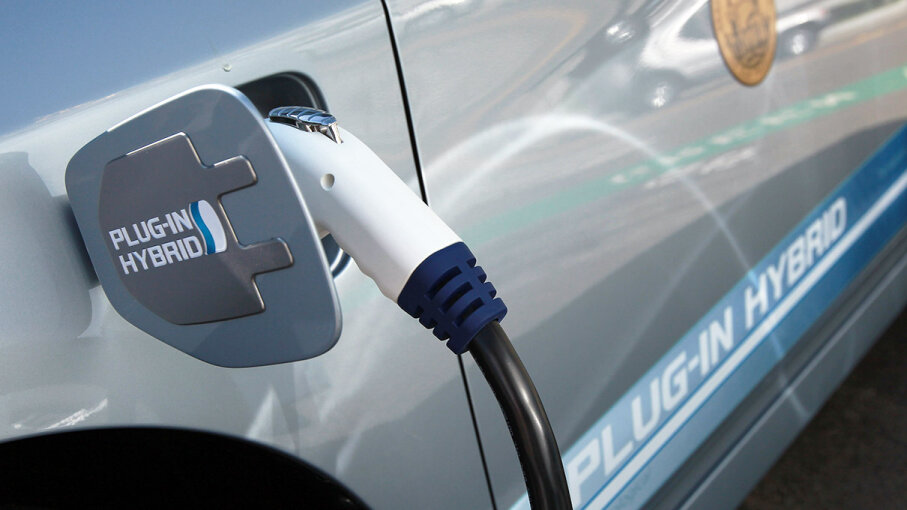 The Bay Area Air Quality Management District in San Francisco has set aside $5 million to increase the number of electric car charging stations to 5,000 around the Bay Area. The city currently has 120 charging stations. Justin Sullivan/Getty Images

In early October 2017, the California announced a potential ban on vehicles powered by internal combustion engines — in other words those running on gas and diesel. This announcement follows similar ones recently by China, France and the United Kingdom, all designed to shift drivers to electrified vehicles and help reduce pollution.

The announcement raises plenty of questions, though, like whether the Environmental Protection Agency (EPA) will grant a waiver to the California to enforce the proposed law, or if it will have resort to other options, such as changing vehicle registrations or restricting the types of cars that can drive on state highways.

California resident and auto industry expert Ed Kim is vice president at AutoPacific, which analyzes the auto industry. He agrees are some of the concerns about the bill that is expected to be announced in January.

The overall impact on the industry will depend on how the law is written. For example, Kim says the wording of the United Kingdom rule states only that by 2040, all new vehicles must be electrified, which includes hybrids, plug-in hybrids and hydrogen. This is much different than mandating fully electric vehicles.

"In other words, there will be plenty of new vehicles powered by gasoline and diesel in the U.K. in 2040, it's just that they will be augmented by batteries," Kim says via email. "We have not seen the wording of the proposed bill that will be introduced in California in January, but if it follows the lead of other so-called gasoline bans announced around the world, it will likely stipulate that all new vehicles sold in California by 2040 must [have] some form of electrification."

That said, the rule-makers could still go more extreme. Hybrids and EVs cost more than conventional gasoline cars because the high-tech batteries are expensive. Federal and state tax rebates help offset the cost somewhat (this is true across the country) but it's understandable that Californians might be concerned about buying the higher-priced cars. It's still premature to worry, Kim says, though by the time the rule is enforced, batteries should be much more affordable than they are now.

"By some estimates, battery powered cars will be cheaper than conventional cars in the foreseeable future," he says.

Support is another problem, though. California's EV infrastructure is among the best in the country, but even it needs improvement. According to Wired, the city of San Jose has 500 electric charge points per million people, and San Francisco has 450 charge points per million people. These numbers are high, but Silicon Valley and major cities don't represent the entire state. Driving electric cars has to be just as convenient for people in areas that are less densely populated. California is already working on it, and was just awarded $800 million to allocate toward infrastructure as part of Volkswagen's Dieselgate settlement.

The state's electric grid already produces enough energy to support more electric cars, but Kim points out it might be difficult to get homes ready. Multi-family dwellings like apartments and condos can only support so many charging outlets, especially where so many residents depend on street parking. There is also concern that some buildings are too old to safely handle an increase in electrical load.

Even with plenty of power to go around, consumers need to understand what they're paying for. Kim says that the complicated pricing structure of utilities is already too confusing. "Figuring out one's operating costs for an electrified vehicle is so much more complex than filling up a tank with gasoline or diesel," he says. "This needs to change in order for the mainstream to adopt electrification."

As mentioned earlier, California already affects automakers' development and engineering, although if this new measure passes, the result will be on a much larger scale. Automakers are, understandably, anxious to see the verbiage of California's proposed rule and how much it differs from federal law.

"Automakers have traditionally been annoyed by California's more stringent standards because they sometimes have to develop powertrains to two different standards: California and the rest of the country," Kim says. "A California mandate that all vehicles must be electrified can further complicate things."

In other words, stricter rules will force automakers to make more electric cars to meet the demand in California, but since building cars just for California is unrealistic, it will affect the make-up of their entire fleets. This concern might be overblown, though, since the shift is already happening. Since China's announcement, General Motors disclosed a plan for 20 new EV models by 2023, and BMW and Volvo have both announced a shift toward EV-focused lineups.

Anything that forces changes on the automotive industry affects the rest of the United States, but that might not be as drastic as it sounds. There's reason to believe the auto industry would go in this direction anyway, Kim says, and California is a good test case. The state's progress in developing a reliable charging infrastructure will make it easier for other states to adopt.

"The market might well reach 100 percent electrification by then anyway, given the dropping costs of batteries and a big influx of hybrids coming soon," Kim says. "If we are talking all-electric, then it will be a huge challenge, but a valuable one in the sense that if such a huge state and one of the world's biggest economies can transition to all-electric, well, it probably can be done anywhere."

Now That's Interesting
California was one of the first U.S. states to build out infrastructure to support EVs, so auto manufacturers have used the state to test electric and electric hybrid vehicles for some time.