What are the most difficult standards to meet for an alternative fuel car? 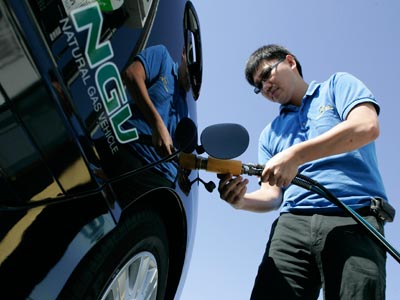 Much has already been said about improving fuel economy and raising general standards in the conventional cars that many of us drive. For several years in the United States, there was a debate over whether the states or the federal government should control auto regulations, but in May 2009 the Obama administration announced tough new emissions and mileage standards that will affect every vehicle on a national scale. Starting in 2012, the new standard is intended to introduce cars and trucks onto the road with an average of 35.5 miles per gallon (15 kilometers per liter). California had led the way in the meantime, enacting tough emission standards on cars since 2002 and offering drivers incentives to promote the purchase of hybrid cars instead of conventional cars in order to reduce greenhouse gas pollution [source: Broder].

But with all of this talk about making gradual changes to gasoline- and diesel-powered vehicles, what about cars that run on something else entirely? While auto industry executives in Detroit worry about how they're going to cut back on larger, heavy-duty truck models and make the switch to smaller, less powerful cars, there are other kinds of cars out there that have to go through their own battery of tests to meet certain standards.

To promote fuels other than petroleum-based ones like gas and diesel fuel, state and federal governments have offered tax incentives and other benefits to people who consider a category of cars known as alternative fuel vehicles. Whereas most of the cars you see on the road operate on fuel derived from petroleum, an alternative fuel vehicle is any car, truck or bus that operates on resources that come from something other than petroleum. There are several types around, and many cite their domestic availability and potential for renewable use as a positive factor.

So while fuel economy numbers look to be the toughest standards conventional gasoline-powered cars are going to have to meet in the coming years, what issues do alternative fuel vehicles typically have to battle in order to gain approval? Read the next page to find out. 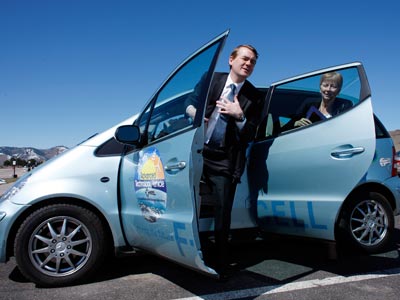 There are several different types of alternative fuel vehicles available to drivers, certainly more than the number of petroleum-based cars. One of the most well-known alternative fuels is ethanol, which can power cars using various blends of gasoline. Ethanol fuel is made from corn, and manufacturers can produce it domestically. Biodiesel, on the other hand, is made from animal fats and vegetable oils and usually produces fewer pollutants than regular petroleum-based diesel. Clean natural gas (CNG) and propane are both naturally available fuels that produce fewer greenhouse gases, and hydrogen fuel cells create zero emissions and have potential as a renewable source. Electric vehicles that get their power from the chemicals inside a battery are also considered alternative fuel vehicles.

The large number of potential alternative fuel vehicles available makes it difficult to come up with any one particular standard along which to compare them, mostly because each fuel gives off emissions in different ways.

One standard that's difficult for many alternative fuel vehicles to meet, regardless of engine type or fuel source, is safety. As manufacturers of new technologies try to shave off as many miles per gallon as possible, engineers take into account more than just the kind of engine or motor an alternative fuel vehicle will use -- they also consider weight. Heavy, bulky cars and trucks suffer when it comes to emissions standards because they burn more fuel just to carry the extra weight. Lighter, more aerodynamic cars require less fuel for propulsion and therefore will burn less fuel to travel the same distance.

Some alternative fuel vehicles, which tend to be compact in design, might have difficulty rating well on crash and safety standards, since small- and mini-sized cars often rate poorly in crash tests. The technology for some designs, like hydrogen fuel cells, is also complicated and requires extensive testing to make sure people are kept safe from dangers like electric shock and compressed hydrogen hazards.

On top of safety, some alternative fuel vehicles are having trouble with renewable fuel standards, once thought to be the driving point behind their environmental importance. While previous studies have found that ethanol derived from corn produces fewer direct emissions than gasoline, researchers from the University of Minnesota published a study stating that corn ethanol is actually more harmful to the environment than gasoline [source: Hill].

For more information about alternative fuels and other related topics, follow the links on the next page.