What is my vehicle's air pollution score? 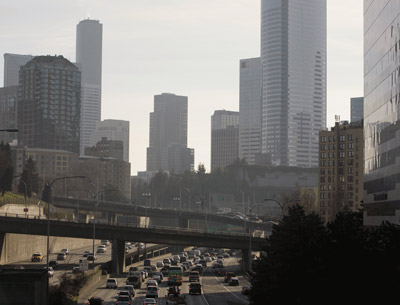 If you consider yourself a green driver, you should know your car's air pollution score.
George Rose/Getty Images

A few years ago, air pollution ratings and fuel efficiency were among the last things car buyers considered before making a purchase. After all, the atmosphere covers the entire globe -- what difference was one little full-size SUV going to make? Today, attitudes have changed in a major way. It's now cool to be green, and your vehicle is one of the most visible markers of your concern for the environment. Of all the things you can buy, a vehicle can make the biggest impact on your carbon footprint.

This shift in perception and the growing popularity of eco-friendly driving has many people wondering about their cars' air pollution score. Knowing this score provides you with a quick measure of where you and your car stand on the scale of green driving. Simply stated, the lower your vehicle's air pollution score, the dirtier it is. The higher the score, the closer you and your vehicle are to the ideal of low-impact, eco-friendly driving.

In addition to your air pollution score, you'll probably want to know about your vehicle's fuel consumption for a number of reasons. Greater fuel efficiency means you'll have to pay less at the pump than you would if you drove a more fuel-thirsty car or truck. It also means that you'll be releasing fewer toxic pollutants and greenhouse gases into the atmosphere as you drive.

To find out how to get your vehicle's air pollution score, go to the next page.

In the United States, the Environmental Protection Agency (EPA) sets and regulates air pollution standards, including the implementation of a ratings system for all consumer vehicles. Now here's where it gets a bit technical, so fasten your jargon belt.

When a mechanic tests your car for air pollution, he'll be looking for several major pollutants in its exhaust, including nitrogen oxide (N20), which helps form smog when combined with hydrocarbons in the atmosphere; carbon monoxide (CO), which can be lethal; and formaldehyde (HCHO). The ratings also check for non-methane organic gases (NMOG), non-methane hydrocarbons (NMHC), and total hydrocarbons (THC), which are all carbon-containing compounds. Finally, the ratings measure particulate matter (PM), which is the black, sooty stuff that belches forth from tailpipes and settles in people's lungs.

To find out how your specific vehicle scores, or if you're shopping and want to see how a certain car would fare, take a look at the EPA's Green Vehicle Guide online. You'll also find information on vehicle greenhouse gas scores. These scores rank vehicles by the amount of carbon dioxide and other heat-trapping gases they emit (10 is the best possible score, meaning your car emits no pollutants at all).

Scientists believe that greenhouse gases are responsible for global warming. Knowing your car's greenhouse gas score, as well as its air pollution score, and choosing to drive cars that score high on both indexes are three very important tenets of the green driving movement.

Also, make sure that you don't forget your car's mileage. The higher the car's fuel efficiency, the fewer total pollutants and greenhouse emissions it will put out. The EPA also maintains a storehouse of online data about the fuel consumption of different models at fueleconomy.gov.

Now that you know what these scores mean, you can use them to help you or someone you know decide on his or her next vehicle -- with eco-friendly driving in mind. If you're looking for additional insight on fuel efficiency and green driving, take a look at the links on the next page.