How the EPA Tests Fuel-saving Devices

Browse the article How the EPA Tests Fuel-saving Devices 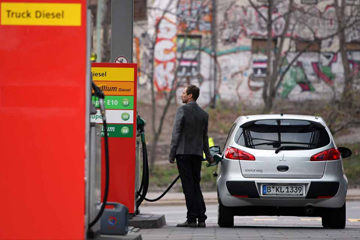 A man watches the pump as he fills his car at a Total gas station on April 3, 2012 in Berlin, Germany. Want to spend less on gas? Check out these alternative fuel vehicle pictures to learn more!
Adam Berry/Getty Images

Buying a car typically costs a lot of money, but actually owning a car can cause the biggest case of sticker shock. Are you following me here? You might get a fantastic deal on a high-performance sports car, but you'd better hang on to the money you saved. Just keeping a car on the road means paying for maintenance, insurance and of course, fuel. When you get down to it, buying a car is relatively cheap compared to owning one -- unless you're planning on letting your new wheels just sit in your garage, never to touch asphalt.

If there's one thing you can save on when it comes to owning a car, its gas. Everyone has their favorite method. Some obsessively track gas prices around town and only buy from the cheapest stations. Others use the lowest grade fuel they can get away with. Still others (mainly the people I seem to get trapped behind) alter their driving habits and attempt to hypermile -- trying to squeeze the most distance from every last drop of gasoline.

Then there are the people who try aftermarket products to improve their gas mileage.

Maybe you're an insomniac and you've seen some of these products advertised on late night TV. Usually, the product claims that by adding it to your gasoline or attaching it to your car, you'll somehow improve your car's fuel efficiency and gas mileage, saving money in the process. It's temping. The less money you spend on gas, the more money you have to spend on Cheetos, right? But, how can you know that the gas-saving product you ordered in a sleep-deprived stupor will actually live up to its promises? That's where the EPA comes in.

Fuel Economy and You

We all want to save on gas, but it's not always clear what that really means. After all, you can save on gas by walking everywhere, but most people don't want to do that. For most people, saving gas means they want to use less gas while doing the same amount of driving. In other words, they want to improve their fuel economy.

Fuel economy is the distance a car can travel using one gallon of fuel. That's why it's measured in miles per gallon. A car that's rated at 30 miles to the gallon can travel 30 miles on a single gallon of gasoline. Simple, right? You can find out what kind of fuel economy a car gets by visiting fueleconomy.gov.

Where fuel economy gets complicated is when someone buys a car with poor fuel economy and then gets stung by the high price of keeping that car rolling down the road. That's when you usually start looking for ways to improve fuel economy. The good news is that there are some ways you can do it. The Environmental Protection Agency (EPA) says that 74- to 86-percent of the energy that's stored in the gasoline in your tank is lost to other factors. So that means only 14- to 26-percent of the energy in a gallon of gas is actually powering the wheels [source: fueleconomy.gov]. If you can lessen the impact of things like wind and rolling resistance, you can use more of the energy in the gasoline to power the car, and get more miles per gallon. You can also make sure to keep your car in good mechanical shape; well-maintained cars use less gas to go the same distance as an abused clunker. You can also alter your driving habits; hard acceleration uses more fuel than gentle acceleration. And then there's using gadgets or fuel additives that say they can improve your fuel economy.

We take vitamins to stay healthy, Prozac to stay sane, diet pills to stay thin and aspirin to stop a headache. That's probably why putting a fuel additive in your gas tank to improve fuel economy seems to make sense to most of us.

That is, until you remember that people and cars are not, in fact, the same thing.

Most fuel additives claim to improve fuel economy by cleaning or removing impurities from an engine's internal components. That sounds pretty intuitive. An engine that's gunked up won't run as efficiently. Some gas companies even advertise that their fuel will clean your engine -- so why wouldn't an aftermarket fuel cleaner work?

Some fuel saving products claim to ionize the gas in your fuel lines for better mileage. Others say they'll use power from the car's battery to split water molecules into hydrogen and oxygen, which your engine will burn instead of gas.

Other fuel saving products claim they can help improve air intake to the engine, resulting in more power with each stroke. That also seems to make intuitive sense. After all, proven products like superchargers and turbochargers make more power by bringing more air, or cooler air, into the engine. Also, it's a common recommendation that keeping your air filter clean will result in better fuel economy because the engine won't have to work as hard to breathe. So why wouldn't a device that says it brings more air into the engine improve fuel economy?

That's what a lot of consumers wondered. So the Federal Trade Commission tasked the EPA with finding out.

To test the claims of a fuel-saving device, the EPA has the voluntary Aftermarket Retrofit Device Evaluation Program. Manufacturers willingly submit their fuel-saving device to the EPA for testing. The EPA then uses the device according to the manufacturer's directions in controlled settings and reports on its findings. According to the EPA, "The purpose of the Aftermarket Retrofit Device Evaluation Program (also known as the '511 Program') is to generate, analyze, and disseminate technical data on the effectiveness of such products."

Here's the catch: Since the testing program is voluntary, according to the EPA, very few fuel-saving device manufacturers actually use it. In fact, on the EPA's Web site that lists the test results, only 93 fuel-saving products have undergone testing since 1970.

In many cases, the devices or additives tested by the EPA not only didn't improve fuel economy, but many actually made fuel economy worse or damaged the car. Other organizations that have tested some of these fuel-saving devices offered over the years, like Popular Mechanics magazine, have come to similar conclusions. In some cases, the EPA warns, installing the devices could constitute tampering with your car's emissions system, which not only increases pollution, but will also void your warranty and could make you subject to legal penalties. ("Freeze! It's the emissions police!") 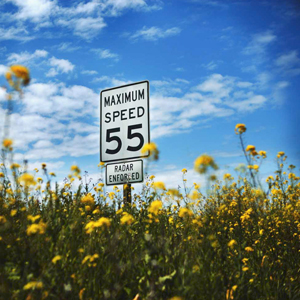 The best way to minimize the amount of gas you use is to drive your car less -- or adjust your driving habits.
joSon/Photographer's Choice/Getty Images

So, if most of the fuel-saving additives and gadgets on the market are worthless, what's a fuel-sipping driver to do?

Instead of following the advice of late-night infomercials and Internet ads, listen to the EPA. Keep your car well-maintained. Drive efficiently by accelerating slowly, coasting when you can and doing your best to avoid slamming on the brakes. Try to minimize unnecessary wind resistance by taking external roof racks and cargo carriers off your car when they're not in use. Keep extra weight out of your car. If it's August, you probably don't need to keep that bag of kitty liter in your trunk in case you get stuck in the snow. Trust me, the odds of that are really low.

Of course, the best way to minimize the amount of gas you use is to drive your car less. Combine trips when running errands. Carpool, or take the bus. Walk where you need to go if you can. With all the money you'll be saving on gas, you'll be eating a lot of Cheetos. You'll need the exercise.

I'm beginning to think there are two quick-fixes Americans will never give up on: Weight loss and improved fuel economy. We seem to think that the Holy Grail of both is just around the corner. The key thing I learned while researching this piece is that when it comes to improved fuel economy in the gasoline engine, we're only going to see incremental improvements. It's an engine that's been around for over 100 years. It's unlikely someone working in their garage has found a way to make it markedly more efficient. Depressing, yes. Then again, maybe that easy weight-loss device is still attainable.