How have automakers improved fuel efficiency?

Browse the article How have automakers improved fuel efficiency? 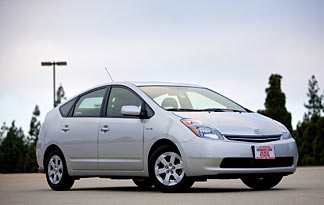 How much do you know about the auto industry's new fuel-economy standards? Check out these Future Hybrid Car Pictures!
iStockphoto/Thinkstock

Imagine your boss giving you a stern warning: If you don't hit projections this year, you're done. And those projections? More aggressive than those you've hit in the last four years, and at a pace that hasn't been matched in the last century. Now you know how the auto industry feels.

Keep reading to learn about the new standards for fuel and the new outlook for automakers!

In July 2011, U.S. President Obama proposed new fuel-economy standards that asked the auto industry to make 5 percent-a-year gains in efficiency (or 3.5 percent for trucks). By 2025, the Obama administration would like to see the average vehicle rated at 54.5 mpg, or 37 mpg on a window sticker. Considering that the industry has made just over 2 percent gains a year since 2007, this is no small feat.

Historically, carmakers weren't thrilled with the idea of higher fuel efficiency standards. In 2007, proposed fuel standards caused panic among automakers. The cost of new technology seemed prohibitive to progress. What changed? Well, in America, a little thing called the "auto bailout" made them soften toward the federal government. And because the industry moves fast, within those four years, smaller cars and fuel efficiency had become more mainstream.

But how can the auto industry ramp up efficiency standards? Sometimes, the answer is quite simple: Lighter cars use less fuel. Materials like aluminum and other lightweight resources are now becoming standard for car parts, and the manufacturing industry is working to lower the cost of these materials.

Some ways automakers have improved efficiency are a bit more controversial. Small changes to tires, low-friction lubricants and minor aerodynamic changes to car designs are all ways to make incremental changes to fuel efficiency. Although this is an effective way to manipulate fuel economy, the fraction of a change from 18.4 mpg to 18.5 mpg represents a $500 tax liability difference -- and little practical fuel difference -- according to a University of Michigan study.

One of the most effective ways to improve fuel economy is through battery power; the start-stop system available in many hybrids allows the car to remain powered while the engine has stopped. Currently, North American auto companies install this system in only 2 percent of cars. Johnson Controls, a Wisconsin industrial manufacturer of one-third of all auto batteries, has recently retrofitted a plant to begin producing batteries for start-stop systems next summer. These systems may only save an average family sedan $100 a year, but the cumulative effect on the industry could prove impressive, according to Mark Clothier in Bloomberg Businesweek.

Change the Fuel, Keep the Change

Another good way to address fuel efficiency and oil dependency? Create a new fuel source. Alternative fuel sources, such as natural gas, ethanol and liquefied petroleum gas, are being explored and researched by the auto industry. Then there's the barely-any-fuel-at-all alternative, with Tesla Roadsters, Chevrolet Volts and Nissan Leafs that are (or are almost) entirely electric.

With stricter fuel efficiency standards like the ones President Obama has put forward being adopted worldwide, automakers have no choice but to explore ways to squeeze themselves to adopt new technology, cleaner sources of fuel and inventive designs for the future.