Will nitrogen-inflated tires save fuel? 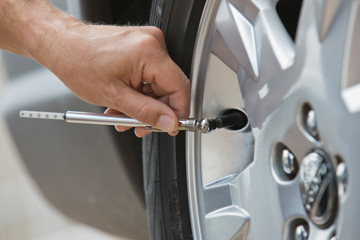 Is there really any benefit to paying extra for nitrogen tire inflation?
(Tetra Images/Getty Images)

The smarty-pants people among us will start with the obvious: "Air is already 78 percent nitrogen," they'll say as they push up their glasses and hike up their pants. And they're not wrong; but it's also made up of oxygen (for which your lungs say thank you) and a bunch of other stuff, too, including pollution and water. But let's be clear: The general idea behind nitrogen tire inflation is to fill, empty, refill, empty and then refill the tire with nitrogen until it's filled almost entirely with just nitrogen. This gets you two things right off the bat: less oxygen and less water inside the tire. Oxygen molecules are smaller than nitrogen molecules, so oxygen can (and does) migrate right through the strands of rubber that make up your tires. As you probably know, you can lose air pressure fairly quick in a tire filled with plain-old air. And did you know that a significant amount of water can form inside your tires? It really does. And since water can be corrosive to metals wheels, you definitely don't want it in there for too long. Nitrogen is a lot drier than the oxygen you'll get from the gas station air hose.

So you don't have to refill your tires with nitrogen as often (if ever), and you probably won't have any water accumulation or wheel corrosion issues; but will nitrogen-inflated tires really save fuel? Well, yeah. Simply having the correct pressure in your tires -- consistent pressure, like nitrogen provides -- will improve your fuel mileage. But the fill-empty-refill-empty-refill cycle will cost you a little extra -- about $5 to $7 per tire, by some estimates [source: Edmunds.com]. The truth is, maintaining proper tire pressure can be done pretty easily (and cheaply) just by checking it once a month and filling up with air while you're at the gas station. That'll cost you what, maybe 75 cents? Who does that, anyway? People who care about squeezing every cent out of the expensive fill-ups they have to endure, that's who.

This is my confession: I don't check the air pressure in my tires. Like, ever. I have written so many articles on mileage and tire pressure. I know all the stats and all the benefits and how cheap and easy it is. I even have a tire pressure gauge in my glove box -- should I decide to practice what I preach. I don't think I've ever used it. But the tire gauge came with a matching pen, and I use that. It's pretty much the same thing, I think. 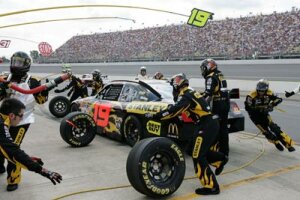