Green Driving Tip 6: Time to trade in for a more efficient car? 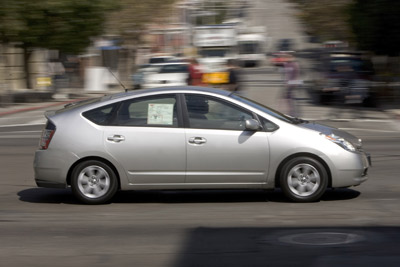 You can also go much greener and consider getting a gas-electric hybrid car. The Toyota Prius has an EPA-estimated combined gas mileage of 46 mpg. That means switching from the Tahoe to the Prius could save you nearly six gallons of gas per week. The Prius' gas mileage is so high because its gasoline engine can be shut off at low speeds or in stop and go traffic. In those situations, the car is powered by an electric motor, which means no gas is used and no pollutants are emitted.

Not ready to buy a new car? How about sharing the car you have? Keep reading to learn about the green benefits of car pooling.