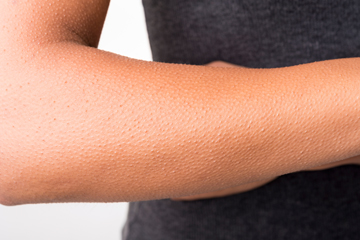 When you're cold, you don't have to tell your skin "it's time to get goose bumps." It knows what to do based on the conditions it's facing. Smorphs work the same way.
Oleksii Sergieiev/ThinkStock

The next time you look down and see cellulite on your thighs, don't despair: Those dimples could actually be making you faster and more aerodynamic.

No, we're not kidding. Once you learn about smart morphable surfaces, you may find that your corporeal cottage cheese is something worth celebrating. You'll also learn that getting your car dented in a hailstorm might be good for your fuel economy — at least in some driving situations. However, before you start celebrating the dents in your car or your skin, you need to know how smart morphable surfaces work.

Smart morphable surfaces, or smorphs, are surfaces that change in response to the conditions around and inside them. Your skin is sort of like a smorph. If conditions inside your skin change, like if you gain weight, your skin changes with it. Start hitting the Doritos too hard, for example, and your belly will grow. The good news is, unlike your jeans, your skin will grow with it. If you've ever been pregnant or seen a pregnant woman's tummy, you know that your skin can stretch taught and tight over a growing body part. When that body part shrinks from having a baby or trading Doritos for carrot sticks, the skin will usually shrink back down as well.

Of course, our skin doesn't always shrink back down perfectly. After a big weight loss, we can have loose skin and stretch marks. Skin doesn't only respond to conditions inside the body though. Spend too long in the tub, and you'll get wrinkly fingers. Head outside naked on a cold day, and you'll get goose bumps (as well as a citation, since public nudity is illegal in most places). Smorphs are sort-of like skin in that they aren't always smooth and sleek, and they can respond to conditions inside and outside of the body. In some cases, the dimples in a smorph can improve aerodynamics and fuel economy for cars. If only your stretch marks could do the same. Keep reading to learn how the car you might drive in the future could have a shape-shifting skin that's dimpled one minute and smooth the next — and it all depends on driving conditions. 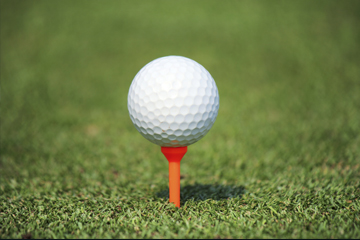 Unlike a golf ball (which is dimpled all the time), a smorph can switch between being smooth or wrinkled, depending on the volume of the material inside it.
Airubon/ThinkStock

Head to the driving range on a nice afternoon and you'll see the inspiration for using smorphs on cars. Golf balls, with their dimply, wrinkled exteriors helped inform some of the work that engineers and other researchers are doing on smorphs, research that could translate into dimpled skin — and therefore improved fuel economy — for cars.

Golf balls weren't always intentionally dented. In fact, up until the mid-1800s, golf balls were smooth and only became dented during play. Getting hit a hundred or so times per round will put some dings and dents on you, after all. When golfers began to notice that the older, dented balls went farther, they started demanding the same performance from new golf balls, too. And when manufacturers started selling dented balls, the modern dimpled golf ball was born.

The dimples on a golf ball help it go farther because the dents don't allow the air to "stick" to the ball. Instead, the dimples disrupt the air closest to the ball as it travels. Each dimple makes for a little mini cyclone around the ball. Instead of looking like a smooth sphere with air traveling over it, the surface of the ball ends up looking like a teacup ride: a sphere traveling through the air, but with smaller circles of twisting air all around it. That swirling motion helps move the air around the ball faster, which lessens the wind resistance the ball faces. Less wind resistance means that less energy is needed to move the ball a given distance.

On a car, less wind resistance means that less energy is needed to move forward down the road. That translates into better fuel economy, or if you're talking about electric cars, less battery depletion. Don't take a golf club to your car just yet though. Dimples on cars only improve efficiency in certain situations. That's where smorphs come in. 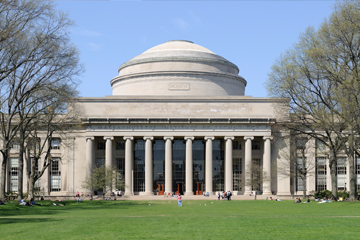 Researchers at the Massachusetts Institute of Technology have created silicone-based smorphs that react to conditions and lessen the air drag they face by becoming dimpled or smooth.
Jorge Salcedo/ThinkStock

This is just a guess, but odds are that most consumers won't want to buy a pre-dented car, even if it does improve fuel economy. The thing is, dimples only lessen wind resistance in some situations. In other situations, a smooth skin is preferable. Just like your own skin, a smart morphable surface can adjust to the conditions around it.

Think of smorphs like balloons: When you blow a balloon up, its surface becomes smooth and tight. However, if the volume of the air inside the balloon changes — say because of a leak or a change in the air temperature — the surface of the balloon becomes soft and pliable. In the case of the smorphs, which scientists hope will improve the aerodynamics and fuel efficiency in cars, they would get wrinkly. Those wrinkles could be a big help when it comes to building more efficient cars.

Changing from smooth to dimpled covers the "morphability" component of smart morphable surfaces, but the "smart" part of the name is a key component, too. When you're cold, you don't have to tell your skin "it's time to get goose bumps." It knows what to do based on the conditions it's facing. Smorphs work the same way. They react to the conditions they face to make the most aerodynamic surface.

Researchers at the Massachusetts Institute of Technology have created silicone-based smorphs that react to conditions and lessen the air drag they face by becoming dimpled or smooth. To make the dimples, researchers depressurize the inner space of the smorph. The smorph reacts to the change in interior volume, like skin on someone who suddenly lost his or her beer belly, by forming a pattern of wrinkles and dimples. When the interior volume is increased, the smorph smooths out.

On a car, sensors, a computer and software could be connected to the vehicle's outer skin, checking drag measurements and adjusting the skin's characteristics as needed to reduce resistance and improve fuel economy. 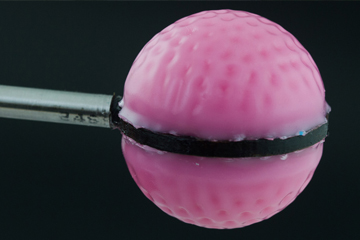 This sphere is made of soft polymer with a hollow center, and a thin coating of a stiffer polymer. It becomes dimpled when the air is pumped out of the hollow center, causing it to shrink.
Pedro Reis/MIT

Unlike a golf ball or my Aunt Mabel's thighs (both of which are dimpled all the time), a smorph can switch between being smooth or wrinkled, depending on the volume of the material inside it. A golf ball doesn't need to do this, because it rarely goes above a speed where its dimples stop improving its aerodynamics. Cars, on the other hand, can go much faster than golf balls. At high speeds, the dimples actually increase wind resistance. And that's why we told you to hold off on adding your own dimples to your car. When you hit the freeway, those homemade dents will start to slow you down.

Researchers think that smorphs will allow the exterior of a car to adjust in order to minimize drag and maximize aerodynamics, depending on the conditions. If the car is going relatively slowly, the smorph can bring out its dimples and reduce both drag and the amount of energy the car needs to move. When the car goes faster, the smorph can smooth itself out to allow the car to slip through the air. Sensors on the outside of the car can read wind resistance and adjust the car's skin as needed.

Cars today are designed to be as aerodynamic as they can be in most situations. But what the car gains in general aerodynamics, it loses in aerodynamics for specific situations. A car with a smorph skin could constantly change to become as efficient as possible, regardless of conditions.

Cars with smart morphable surfaces are still a ways off, but smorphs do open some exciting possibilities for not only automotive design, but also aerospace engineering and even building materials. A building with a smorphable surface, for example, might be able to withstand high winds better than one made with traditional materials.

Neat, huh? And you thought your cellulite wasn't doing anything for you.

When you're thinking about how to improve fuel economy for cars, most people home in on the technology that actually moves the car — or what fuels it. It's only recently, with the use of materials like aluminum and carbon fiber on mass-market cars, that we've started to question whether the materials that we use to build cars can contribute to improved efficiency. When most people imagine the car of the future, they think of a super slick automobile slicing through traffic. A shape-shifting car with dimpled skin may not have quite the same Tron-esque feel or look, but it certainly makes me feel better about the dent I put in my fender while trying to parallel park last week.