Everyday Driving Tips to Save Fuel

by Nicholas Gerbis
Your own special parking spot if you carpool. Cool. iStockphoto/Thinkstock

Call it ecodriving, hypermiling or plain old frugality, but people today are trying every trick in the book to eke out maximum mileage from minimum gas. Unfortunately, most fuel-saving tips range from the dubious to the downright dimwitted. Even those that work -- such as making nothing but right turns -- veer into the ridiculous.

Never fear; we've separated the classics from the clunkers. But before filling up on our advice, consider how much fuel you can save simply by swapping that supersize SUV for something sleek and small. Check out the mileage information at Fuel Economy.gov and consider picking up a hybrid.

For that matter, why not just walk, bike or carpool? Depending on where you live, you can stay in shape, have a social life and save some gas in the process. Drive during off-peak hours and work from home occasionally. Take public transportation. Join a car co-op, like Zipcar, and never worry about maintenance again. You might be surprised at how much less driving you can live with; studies show that people who join car co-ops drive 50 percent less [source: Car Talk].

But you're not here looking for ways to not drive your car; you want advice that will keep you trucking on the cheap, so let's get to it.

Skip the premium. Unless you can't. In which case, why did you buy that car again? iStockphoto/Thinkstock

Even people who shower like water is going out of style can conserve H2O in a survival situation. So treat fuel as if your life depended on it. Make efficiency a daily priority and consider the larger impacts of small choices.

Mountain climbers must burn calories to maintain body temperature, expend extra energy for every pound packed and be aware of the chilling costs of resting too long. The same rules apply to your car, so carry only what is essential, don't run the air-conditioning unless you have to and try to combine many trips into one (extra weight and air-conditioning burn more fuel, as does driving with a cold engine).

Also, mountain climbers are pretty particular about what they put in their tanks, and you should be, too. If possible, you may want to avoid ethanol-containing fuels like E10 or E15; ethanol stores energy less efficiently than gas, so your car must guzzle more to cover the same distance [source: Allen]. That said, don't spring for premium fuel unless you have to. Premium fuel does nothing for a car built to burn regular, but it does generate more emissions and cost you 20 to 40 cents more per gallon [sources: Car Talk; Wiesenfelder].

4: Don't Be a Dipstick (Use One Instead)

Keeping tabs on tire pressure is one of the easiest things you can do to save fuel. iStockphoto/Thinkstock

Take care of your car and it will take care of you. Just as an athlete can't perform at top efficiency while running at high altitude in bad shoes, a suffocating car on improperly inflated tires will gulp gas like Gatorade. In fact, for every 1-pound pressure drop in all four tires, you're losing 0.4 percent fuel efficiency [source: Car Talk].

So get your vehicle serviced regularly. Fix mileage-killing problems like sticky brake calipers, low transmission fluid or a broken thermostat ASAP. Find your proper tire pressure in your driver's manual or look in your driver's side door jamb for the tire and loading information tag. Note that the ideal pressures might differ from front to rear, and ignore the number on the tire's sidewall -- that's a maximum pressure listed for safety purposes. Learn the proper technique for measuring inflation and consider investing in valve stem caps with built-in pressure indicators; you could cut fuel consumption by 3.3 percent [sources: Allen; Car Talk; DOE; GSA; Wiesenfelder].

Tuning up your car can drop your fuel consumption by 4 percent, while addressing a more serious problem could gain you as much as 40 percent efficiency [sources: DOE; GSA].

Last but not least, buy the right motor oil. Pouring in the manufacturer's recommended grade can mean a 1-2 percent efficiency boost, whereas going with whatever's on special that week can lose you just as much. Replacing a clogged air filter will boost fuel efficiency on older cars, but not on modern fuel-injected vehicles [source: Car Talk; DOE].

In Frank Miller's comic and film "Sin City," the character Marv complains that modern cars all look like electric shavers. But there's a good reason the market shifted from land whales to sardines, and it's not just to gain a few MPG from weight loss. When it comes to fuel economy, aerodynamics is the name of the game. In a boxy Hummer, whether you roll with your windows down or up won't matter much, but you'll really feel the difference in a sleek new Nissan GT-R [source: Siler].

If rolling your windows down is so bad for gas mileage, why not run the AC? Well, you might want to -- but only at freeway speeds. Unlike your car's heater, which siphons free waste heat, air-conditioning actually sucks power from the engine and therefore burns more fuel. When the mercury tops 80 degrees F (27 degrees C), cutting down on AC can net you a fuel savings of 10-15 percent, so set your environmental control to vent and keep it there [sources: Allen; GSA; Wiesenfelder].

Of course, the same rules apply to turbulence-churning convertibles, sun roofs, moon roofs and accessories. In addition, nix those roof racks -- they can eat into your miles per gallon to the tune of 5 percent -- and skip aftermarket bug and wind deflectors [sources: Car Talk; Wiesenfelder; Yetiv].

2: Easy on the Throttle, Speed Racer

The Aptera 2e takes a break from being aerodynamic to grab some coffee at Starbucks. Aptera Motors eventually folded in December 2011. © Mike Blake/Reuters/Corbis

Today's streamlined cars cut drag like never before, but it takes more than driving a jelly bean to break the wind. Air resistance is also a function of speed; the faster you go, the more air piles up in front of you and the harder your car has to work to shove it aside.

And there's another reason to seek life outside of the passing gear: engine efficiency. When driving a manual transmission vehicle, learn to shift efficiently and get your car into high gear as soon as possible. You want to keep those rpms low -- the slower the engine turns, the less fuel you burn. If you drive an automatic, you can achieve a similar mileage boost by using the overdrive gear [sources: Car Talk; Yetiv].

1: Get an Attitude Adjustment

Does it ever seem like you hit every red light, particularly when you're running late? Maybe it's Murphy's Law; maybe you're exceeding the timing of the lights; maybe the problem is your attitude. If so, it's probably costing you gas money.

So take a deep breath, count to 10 and put something soothing on the radio; you need to get into the groove. Coast into stop lights and stop signs (braking kills kinetic energy, wasting fuel). When the light turns green, accelerate easily and smoothly, but not too slowly. Try ramping up from 0-50 mph (0-81 kph) in around 15 seconds [source: Allen].

While sitting still at a light or curb, turn off the engine. Unless it's below freezing outside, modern car engines don't need to warm up. So, depending on your idle rpms and whether your AC is running, your car can gulp down 0.64-1.15 gallons (2.4-4.4 liters) per hour while sitting still. By comparison, starting your engine only costs a few seconds' worth of gas [sources: Allen; Car Talk; Gaines and Levinson; GSA; Reed; Yetiv].

On the highway, kick in the cruise control to ensure you don't squander go-juice. Lock in your car's most efficient speed (typically between 45 and 55 mph, or 72 and 86 kph). If you really want to go for broke, try to make right turns only, even if it takes you out of your way. Package delivery companies have been known to employ this strategy, and it apparently saves enough idling time to make a difference [source: Allen; Car Talk; GSA; Wiesenfelder; Yetiv]. 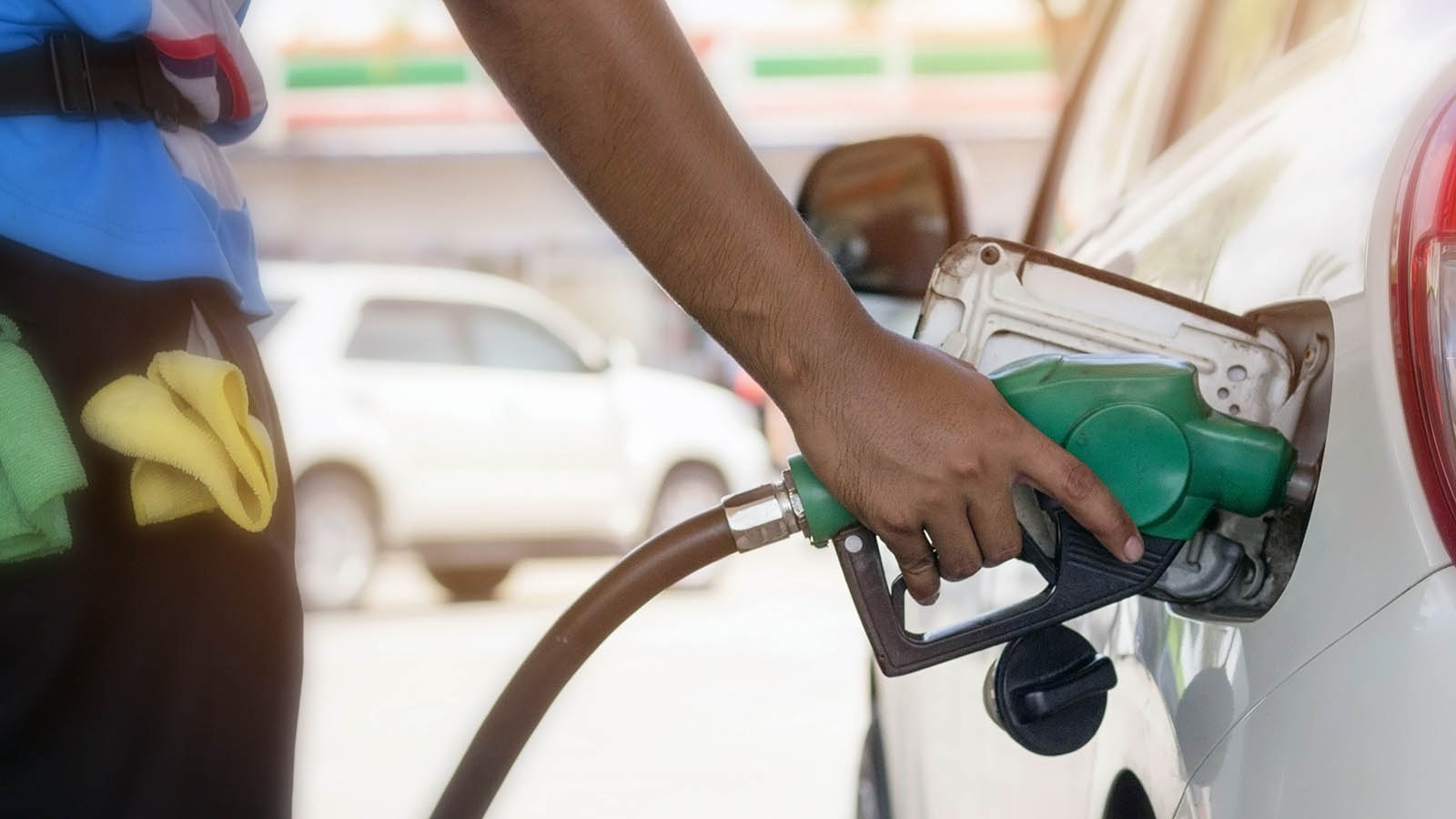 Over the past few years, I've heard a number of "sure bets" for gaining mileage, and I'm always left with the feeling that someone is trying to sell me a bridge, a few acres of swamp land or the latest conspiracy theory. I enjoyed having the chance to finally nail down which of these supposed solutions work and to what extent.