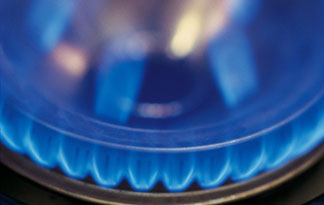 What will we do if we run out of fossil fuel?
Comstock/Thinkstock

Doomsday scenarios about when the globe will run out of fossil fuels have been flowing since the 1950s, when Shell geologist M. King Hubbert created a mathematical model showing what would happen to United States domestic oil production in the coming years. Known as the Hubbert Curve, it shows how initial production in a new oil field rises sharply, then reaches a plateau, and finally heads into a steady decline. Hubbert predicted U.S. oil production would peak in 1969. He was ridiculed, until oil production actually did peak in 1970, and then went into a long decline. Hubbert's theory makes sense, because fossil fuels are non-renewable and finite in amount.

Hubbert used solid numbers and sound, inescapable logic. However, other factors come into play when trying to predict the end of fossil fuel supplies.

While the globe is using more fuel machines, processes using fossil fuels are becoming more efficient. The baseline attack on the efficiency front is in vehicles. When the oil crisis hit in the 1970s, cars went from an average of 10 miles per gallon to more than 17 miles per gallon or more in less than a decade. The change was spurred on, most experts believe, by the rise in fuel prices.

The more recent spike in fuel prices has also spurred change. Hybrid and electric vehicles are more prevalent on the road. Larger vehicles, like the Hummer and other gas guzzlers, are less a part of American lifestyle than before.

This shift in lifestyle will also have an effect on when fossil fuels will run out. AAA research has shown that Americans are driving shorter distances than in the past, with fewer trips. While this is attributed mainly to rising gas prices, the net effect is to use less fuel and spend less money, thereby extending dwindling reserves. These same cost-saving measures apply to electricity, hot water and home heating. Indeed, entire municipalities, not just individual families, are saving money by using less energy.

In addition to using less fossil fuel, people are turning to high technology to shave the amount of fuel they use. One common example is the fluorescent light bulb. The savings are small, but the growing number of users is likely to have an effect on electricity usage, decreasing the amount of fossil fuels used to produce the necessary wattage. Larger organizations, like universities and big companies, are using high-tech software to control building systems like lighting and heat to pare a few dollars of total fuel bills here and there.

Finally, those same high prices have spurred research into new sources of fossil fuel, like oil shale, as well as alternative fuels like solar, wind and biodiesel.

What the future will hold for fossil fuels is uncertain. That the supply will run out is almost certain, but when it will happen -- and the effect it has on society -- remains only speculation.