Who consumes the most fossil fuels per capita?

Browse the article Who consumes the most fossil fuels per capita? 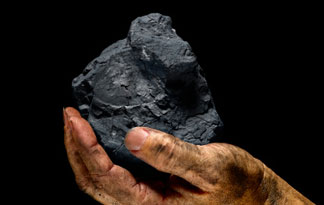 How much fuel do you use?
Don Farrall/Getty Images

It's pretty much common knowledge that some countries use more resources than others. Rich countries tend to eat more meat, have more leisure activities and use more money than poorer countries. But, just looking at something like overall energy use isn't a fair way to examine who is using more resources. After all, the countries with larger populations are going to use more resources because they'll have a greater need. A smarter way to compare energy use country to country is to use per capita, or per person, measures. Not only does it give a fair comparison for energy use across countries, but it also opens a window into the typical lifestyle in a given nation.

Fossil fuels are those made up of decomposing organic matter. Petroleum (like oil), natural gas and coal are all types of fossil fuels. Though each type of fossil fuel is distinct, all three are burned for energy and release a lot of carbon when they are. An easy way for scientists to measure fossil fuel use is to look at carbon output for a given country, which overwhelmingly comes from fossil fuel use.

When you measure fossil use by carbon emissions, you can see which countries use the most fossil fuels on a per person basis. The U.S. Carbon Dioxide Information Analysis Center, which is part of the U.S. Department of Energy, ranks country by per capita carbon emissions. At the top of the list is Qatar, which has a carbon emission rate or 14.58 metric tons per person. Rounding out the top five are Trinidad and Tobago, United Arab Emirates, Netherland Antilles and Bahrain. The U.S. is No. 12 on the list, with 4.9 metric tons (4,900 kilograms) of carbon emitted per person. But, remember, the U.S. population is larger than that of the top five countries on the list, so as a nation, our fossil fuel use is higher overall.