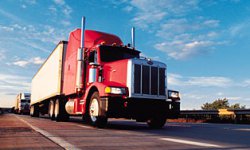 How much do you know about fleet fuels?
DCI

We may exist in a digital age, but the fact remains that we still need physically tangible goods to live, work and play. The food we eat, the equipment we use in our offices and the very computers and other devices we use to free us from physical labor, all have to get to us somehow.

That "somehow" is through vehicle fleets. Shipping companies, retailers and other businesses maintain massive fleets of trucks and sometimes cars to keep the goods flowing and economies moving. As you might guess, fleets are a big potential source of pollution, not to mention an area of high operating costs for the organizations that maintain them.

On the flip side, they represent a great opportunity for companies to reduce their negative impact on the environment, to actually save money and to provide goods and services less expensively to customers. Naturally, the fuels that organizations use to power their fleets are one of the critical components in this equation.

This article takes a look at five solutions to some of the challenges fleet operators face when it comes to fuel -- what kind, how to use it most cleanly, and how to optimize for maximum cost effectiveness and minimum environmental impact.

Move on to the next page for the first fuel fix in our countdown. Here’s a hint: It’s good for more than just cooking.

Most people are familiar with at least the idea of natural gas for its uses around the house -- stovetop cooking, home heating and keeping water hot for washing dishes, clothes and people. But in the United States at least, it may come as a surprise to ordinary car owners to know that it also makes an excellent alternative fuel for vehicles, especially fleets.

In the United States, compressed natural gas (CNG) and liquefied natural gas (LNG) are commonly used as a much cleaner fuel for city buses. Since natural gas has the lowest carbon concentration of any fossil fuel, emissions from burning it are far lower than those for gasoline or diesel. Refueling can be done by tapping into natural gas lines, since they are pressurized enough to force gas into a vehicle’s empty compressed-natural-gas fuel tank.

Outside the United States, in countries that are more sensitive to oil price gyrations, natural gas vehicles make up a much greater percentage of the vehicles on the road. In Pakistan, for instance, 61 percent of vehicles run on natural gas.

Since natural gas quickly rises in air and dissipates, it’s a far safer fuel than gasoline. And for now, it’s relatively inexpensive. In parts of the United States, a gallon equivalent of natural gas can be had for about $1! It’s easier on engines because its low carbon content leaves little in the way of deposits or engine-destroying impurities. Converting regular gasoline engines to natural gas is a pretty straightforward process, but at around $6,000 and up, is still pretty expensive in the United States.

Disadvantage: Because of a lack of infrastructure, it’s hard to find a filling station for purpose-built and converted natural gas vehicles. But for fleet owners, it could be worth the investment to have existing on-site natural gas lines plumbed in to create their own refilling facility.

The next fuel on our list has been growing in popularity because you can “grow” more of it when it’s used up. To find out what it is, read the next page.

The big knocks against petroleum-based fuels including gasoline and diesel are that one day they’ll run out, and in the meantime, they are literally choking the planet with their emissions.

On the other hand, these liquid-based fuels have a high energy density -- they pack a mighty kick in a small amount of volume compared to other known fuel sources. One happy medium for many fleets is the use of non-petroleum, renewable fuels such as biodiesel. Derived from soybeans, algae, or even used cooking oil, biodiesel provides nearly the same power output as petroleum-based diesel, but with substantially lower emissions.

It can be blended with regular diesel in varying concentrations (B100 is 100-percent biodiesel) and is generally safe for diesel engines as long as the fuel is of high quality. It’s even been said that the fat concentrations in biodiesel provide helpful lubrication to engine parts. Once a novelty, today you can find biodiesel at many filling stations alongside the pumps for regular unleaded. Some companies, including McDonald's and Wal-Mart, even recycle their stores’ own cooking oil for use as fleet fuels.

Biodiesel does come with some caveats, however. It reacts badly with PVC and certain other plastics, as well as parts made from natural rubber (found mostly on older cars). Then there’s the debate over whether fertile farmland should be used to grow crops for vehicle fuel or for food.

In any case, many policy makers see biodiesel and other homegrown liquid fuels such as ethanol as not only bulwarks against climate change, but also as steps along the path of weaning the United States from its dependence on foreign oil.

Conventional fuels can’t help but spew carbon dioxide and soot particles into the environment -- it’s in their chemical composition. But one technology drastically cuts emissions by making regular-fuel vehicles super efficient. Learn how it’s done on the next page.

Most people by now are at least familiar with hybrid electric and internal combustion engine technology. The use of electric motors and batteries can significantly extend the range and efficiency of fuel-burning cars and trucks, depending on how they're driven.

But there’s another type of hybrid technology, one that requires no batteries or sophisticated electric power management systems. Hydraulic hybrid drive systems capture the energy that's normally dissipated in braking and store it as hydraulic pressure that can power the axles in driving. While that might not make much sense for a long-haul tractor that makes infrequent stops, it makes perfect sense for a delivery truck, garbage truck and other vehicles that make lots of stops in the course of their daily routes. Package delivery company UPS is one high-profile user of hydraulic hybrids, having fitted the technology to many of its delivery trucks.

Hydraulic hybrids are one form of regenerative braking, a broad term that describes the process of capturing the momentum energy of deceleration, then using it later to propel the vehicle.

In a hydraulic hybrid, two major components are at work. Accumulators are containers for holding high-pressure hydraulic fluid. Hydraulic drive pumps serve both as motors to drive the wheels and as pumps to re-pressurize hydraulic fluid.

Here are some advantages of hydraulic hybrids:

Equally important as fuel choice is how efficiently that fuel is used. After all, efficiency is a big part of environmental responsibility (and yes, saving money). Next, another fleet-minded fuel-saving strategy.

Our next solution isn’t about the fuel itself, but rather the major mechanical part that uses it -- the engine. Running an engine in a smart and efficient manner does the environment a favor no matter what type of fuel it uses.

Fleet operators can do quite a few things to make sure their vehicles’ engines contribute to their organizations’ green agendas. Following are some of them.

Stop idling. There's good reason many state and local governments have enacted laws against idling by buses, trucks and other heavy vehicles. Not only does it waste fuel, but it also pollutes, adding to local air-quality issues (exacerbating problems like children’s asthma). Idling wastes up to a half-gallon (1.9 liters) of fuel per hour (more for larger vehicles, like trucks) -- while that might not sound like much, multiply it by an entire fleet and the economic drawbacks become clear. Here's another financial drawback: penalties for violating anti-idling laws include fines can run in the hundreds to thousands of dollars, or even up to a year in jail.

Solution: Check out the latest in Auxiliary Power Units, or APUs. Just like the name implies, these boxes provide electrical power for accessories such as air-conditioning units and heaters without the need to run the engine and harm the environment by idling.

And there are other engine-related steps that directly help to conserve fuel:

Our last environmental solution for fleet fuels has been around almost since the beginning of automobiles. But not until recently have manufacturers been jolted into bringing it to the mainstream marketplace. Head to the next page to find out what it is.

The “Holy Grail” of renewable transportation has long been an efficient, powerful vehicle that runs on limitless, non-polluting fuel. Hydrogen fuel has been held out as a means to achieve this, but for the time-being, it remains highly impractical. While electricity can be made clean end-to-end by producing it from solar or wind power, getting it to work satisfactorily with the way we drive our vehicles has proven elusive. Electric automobiles have always involved some type of major compromise of range, performance and price.

But the advent of advanced lithium ion batteries, along with increasingly unstable oil prices, is changing that. A number of companies now produce all-electric vehicles -- that is, there is no complementary internal combustion engine. What’s more, they are intended as full-on, daily driven vehicles, as opposed to the souped-up golf carts that have been the face of electrics in the past. In the consumer marketplace, the Nissan Leaf is one of the most-recognized all-electric cars -- major brands are stepping in after witnessing the popularity of niche manufacturers such as Tesla Motors.

While all-electric drive is still a tough case to make for long-haul heavy freight, electric power is used widely in cities for passenger buses, garbage trucks and commercial deliveries. These are all applications that involve lots of stops and starts -- a mode where internal combustion engines are least efficient and electric drive excels (the electric motor is engaged only when the vehicle is moving).

Electric vehicles still have comparatively short ranges compared to their petroleum-powered counterparts -- it’s typically between 30 and 100 miles (48.3 to 160.9 kilometers) before the batteries need to be recharged.

Ultimately the smartest and most environmentally sensible fuel choice will boil down to matching the fuel and the vehicle to the job they’re intended to perform. In a few cases, regular gasoline or diesel, coupled with sensible routing, driving and maintenance strategies, will be the superior choice -- for instance, long-distance driving where alternative fuel replenishing sources are questionable. And many times, a less-polluting, yet equally or more practical alternative will be available.

Operating a fleet comes with a great deal of responsibility --both to your organization and to the people it serves. The fuels that a fleet uses can affect the prices paid by customers, influence strategic business decisions and have a measurable effect on the health and well-being of communities. It also represents a huge opportunity to build goodwill, to save money and to demonstrate good stewardship of our environment. 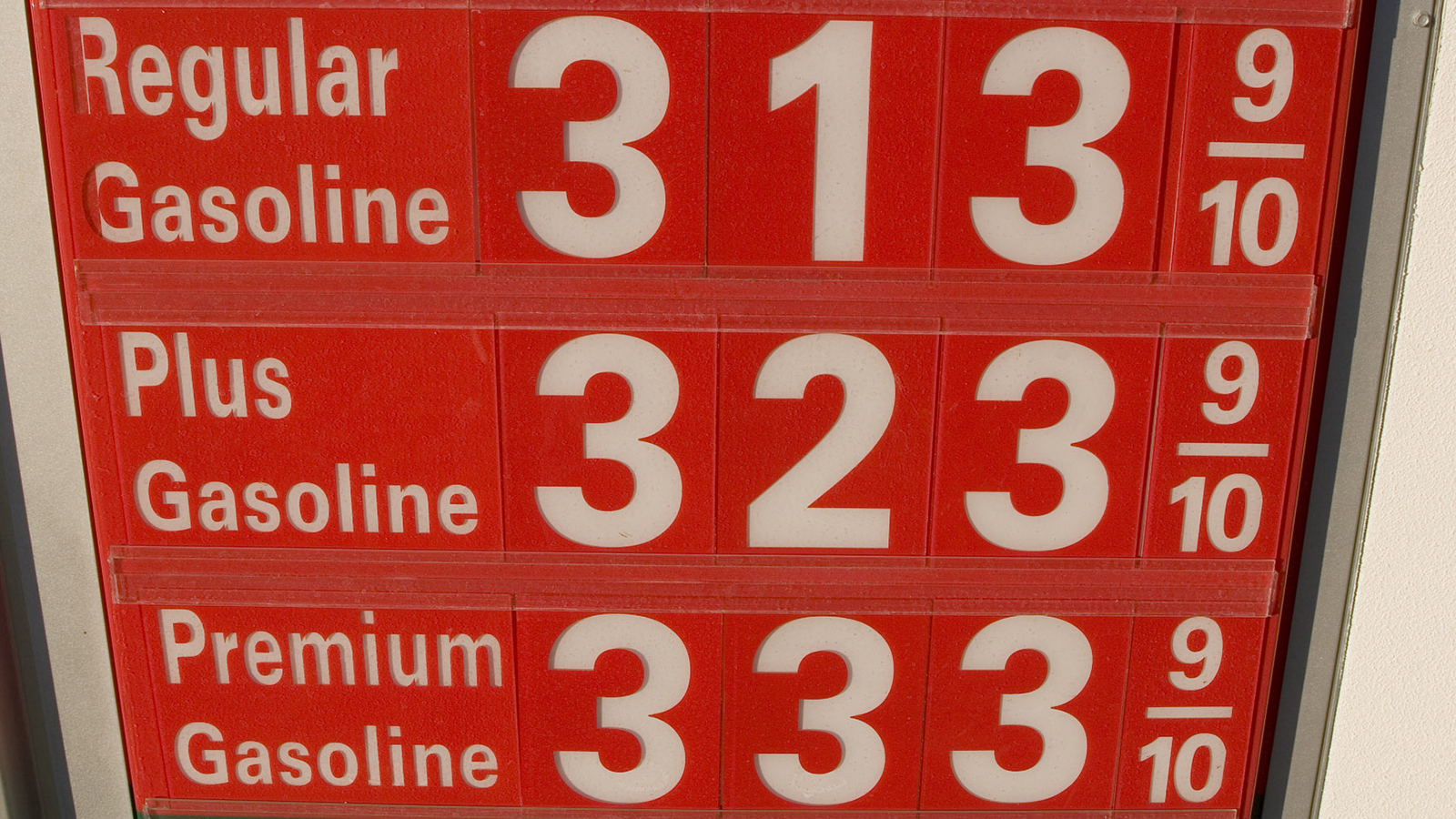 The practice of tacking 9/10 of a cent on the end of a gas price goes back to a decades-old tax imposed by state and federal governments. Learn more at HowStuffWorks.