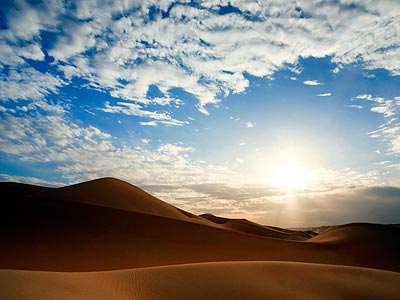 Will solar gasoline power vehicles in the future? Check out these Alternative Fuel Vehicle Pictures to learn more.
Michele Falzone/JAI/Corbis

The sun provides more than enough energy for all of our needs; in fact, just an hour's worth of sunlight on our planet potentially has enough energy for the entire Earth to use for a year, but the hard part is harnessing it to be able to use it effectively. Companies and researchers are hard at work to make that a reality though.

Solar gasoline is the name for fuel that has been created through a synthetic process using solar-powered technology. The gasoline is often referred to as synthetic gas, or syngas. There are several ways to create solar gasoline, and not all of them are particularly cost-effective compared to regular gasoline, but a few technologies are actually producing solar gasoline that may be a viable option for vehicles in the future.

One way to create solar gasoline is by heating biomass, like corn or wood chips for example, until the intense temperatures cause it to vaporize. This process is called gasification and it’s one of the steps in creating some forms of solar gasoline. During this process, biomass is dropped into a container where solar power is used to heat a reactor to temperatures above 2,000 degrees Fahrenheit (1,093.3 degrees Celsius). When the biomass is vaporized, hydrogen and carbon monoxide are left over and are processed into syngas.

Aside from being powered completely by solar energy, an additional benefit of solar gasoline from biomass is that it has a very low or carbon neutral output. Because the biomass is young in age, only a few years old in most cases, it doesn’t contain as much carbon as fossil fuels and therefore doesn’t emit much carbon dioxide when it’s used in an engine.

However, not all solar gasoline initiatives have proven to be an efficient way to produce gasoline. For instance, a solar gasoline system that uses mirrors and concentrated light to suck oxygen out of iron oxide rings produces syngas at about $10 a gallon (3.8 liters). But some of other processes, such as the biomass system, have been able to produce gasoline at a cost of only $2 a gallon (3.8 liters). If researchers can mass-produce syngas at a cheap price, our fossil fuel dependencies may be eased, with benefits for our environment and for us.