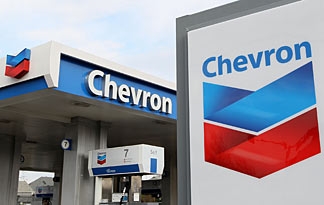 Even Jed Clampett knew there was something special about the "black gold" he discovered spewing out of his land while hunting. Oil was the reason that he, Granny and the rest of the lot were able to move up the food chain to a mansion in Beverly Hills. Oil is not only a precious resource, it's also a financial hot commodity for the giant oil companies. That's because we have a love-hate relationship with it. We love how oil allows us to zip around in planes, trains and automobiles. But we aren't too keen on what excessive consumption of fossil fuels -- coal, oil and natural gas -- is doing to planet Earth. Even though oil companies reap the financial benefits of our demand for oil, they claim to be leading efforts in search of alternative sources of energy (solar, wind or biofuels) to help ultimately save the environment and people's wallets.

But it leaves some to wonder, is that really so? A quick look suggests that oil companies are investing funds and do collaborate with others on alternative energy projects. For instance, ExxonMobil formed a joint venture with a company to grow algae that produces biofuel that can be substituted for petroleum. Chevron has made financial investments in biofuel research at universities, and even has a division within the company responsible for finding energy efficiencies in buildings like schools. And Shell announced a joint venture with a Brazilian company to produce 2 billion liters of ethanol per year from sugarcane.

Both oil companies and alternative energy advocates agree that long-term consumption of fossil fuels is harmful to the planet. Fossil fuels are responsible for polluting the air and water and causing toxic wastes and harm both plants and animals. But where oil companies and alternative energy advocates typically part ways is over what to do next. Advocates say given the amount of profits oil corporations bring in, they should spend much more money on alternative energy investments. In 2010, the five largest oil firms spent 1.2 percent of profits on alternative fuels and clean-tech research -- with about 4.7 percent of profits spent on R&D overall -- according to the Center for American Progress.

Oil companies insist that while they are investing in alternative energy, our never-ending appetite for oil causes them to put their R&D expenditures where they are most needed.

On the next page, we'll look at oil companies' responses to alternative energy investing.

During just the first and second quarters of 2011, profits raked in by the big oil companies totaled $67.4 billion. This number more than doubled the half-year earnings of both 2009 and 2010, according to the Center for American Progress.

The big oil corporations do acknowledge that oil consumption and the recent high prices have been good for their wallets, but they also want it known that they are in the "energy" business as well as the oil business. Many of them make sure to share their "green vision" with consumers in their company mission statements, Web sites, advertisements and marketing materials. But what exactly are they contributing to alternative energy research and development?

On its Web site, Chevron says this about oil companies and renewable energy. "We're investing millions in geothermal, biofuel and solar technologies. It's time oil companies get behind the development of renewable energy." Take a closer look at the numbers and you'll see they invested $550 million on alternative energy research and development, while bringing in more than $19 billion in profits in 2010.

Many oil companies point out that for the forseeable future, their businesses will be dominated by fossil fuels. A New York Times article mentioned that Exxon expects hydrocarbon demands (oil, gas and coal) to be 80 percent in 2050, about the same as today. Exxon invested just 0.2 percent of profits ($67 million) in alternative energy in 2010.

British Petroleum (BP) notes on its Web site that "today’s oil reserves would meet 45 years of demand at current consumption rates, while known supplies of natural gas would last for more than 60 years and coal for up to 120 years." With such a finite ending, it would seem that alternative energy investing would be the way to go. However, BP further notes that "renewable, low carbon energy is not yet competitive with conventional power and transportation fuels, even with the benefit of current carbon prices." BP believes that a mix of conventional oil and gas as well as oil sands, shale gas, deepwater production and alternative energies are all required for future energy needs.

Critics of alternative energy point out that energy sources like wind and solar power have limited utility uses and extremely expensive start-up costs. One expert said the U.S. would need six times its current arable land to grow enough corn to switch completely from oil to ethanol.

Oil corporations say it's not about profits, it's about what makes sense for the future. Alternative energy advocates disagree. They say that we just haven't developed the right technology which will reduce the expensive costs of research and development of alternative energy so oil companies won't have a financial reason to pause about investing in it. Until then, the debate goes on.

What is my vehicle's greenhouse gas score?
How much corn would I need to fuel a cross-country trip with ethanol?
Is there a future for steam-powered, super-efficient cars?