What are the economic advantages of using biofuels? 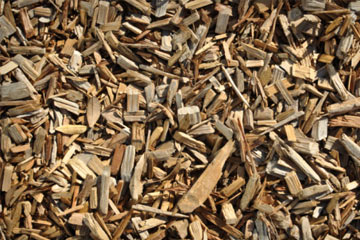 BlueFire Renewables, a green energy company based in California, broke ground on an ethanol plant in Mississippi where it expects to distill 19 million gallons of ethanol each year from wood.
Hemera/Thinkstock

With a population of nearly 4,000, Fulton, Miss., is just like any other small town in the United States. It is quaint, rural and boastful of its history. Located in Itawamba County, Fulton plays host to the always popular Sweet Tea Festival each year and a farmers' market every Friday afternoon in the summer. Like other communities, Fulton suffered during the Great Recession. At the end of 2010, the county's unemployment rate was more than 10 percent [source: U.S. Bureau of Labor Statistics].

But things are looking up for Fulton, thanks to the biofuel industry. In 2010, BlueFire Renewables, a green energy company based in California, broke ground on an ethanol plant in town. The company expects to distill 19 million gallons of ethanol each year from wood. Officials anticipate 700 people will work building the plant, and another 70 will have high-paying jobs at the facility. To sate the plant's appetite for wood, the local forest industry is expected to create an additional 300 jobs [sources: Biofuels Journal and Childers]. Moreover, another company is building a biofuel plant in nearby Pontotoc County that will produce 10 million gallons of ethanol each year. That plant will create 130 additional jobs [source: Childers].

The biofuel industry, with its allure of clean, home-grown sustainable energy, has become an economic lifeline of sorts for Fulton and dozens of other communities, providing well-paying jobs for individuals and economic development for municipalities. In 2007, the ethanol industry alone created 240,000 jobs, and added $47.6 billion to the nation's gross domestic product [source: U.S. Department of Energy].

While analysts disagree on the number of jobs the biofuel industry will create, several studies say the U.S. economy could add more than 1 million jobs in the next two decades [source: U.S. Department of Energy]. Continue to the next page to read about more economic advantages of biofuel.

Ka-ching! Cashing in on Biofuels

In 2007, Congress passed the Energy Independence and Security Act, which mandates the United States increase its use of biofuel in motor vehicles to 36 billion gallons by 2022 [source: U.S. Environmental Protection Agency]. For his part, President Barack Obama wanted the country to produce 60 billion gallons by 2030 [source: Ronge and Johnson]. He and others hope that by diversifying the nation's energy supply, the United States will not only reduce its carbon footprint and its dependence on foreign crude oil, but also resuscitate its sluggish economy.

Cashing in on green fuel will take time, however. Right now, producing a gallon of ethanol is more expensive than producing a gallon of gasoline. But all is not lost. As oil prices increase in the coming years, the cost of manufacturing biofuels from sustainable crops will diminish. How will that impact the nation?

For one thing, replacing imported oil with domestic biofuels will drive fuel prices down. When that happens, each household will spend less on energy. Researchers at Iowa State University say current ethanol production allows each household to save roughly $350 a year in fuel costs [source: Biofuels Digest]. If people spend less on fuel, they'll have more cash to spend on other goods and services. When consumers spend, companies hire and wages increase [source: Gehlhar, Winston and Somwaru].

Just as important, as Americans use less gasoline and more biofuel, experts say oil imports will fall by 16 to 17 percent by 2022. As such, the dollar will get stronger, reducing the cost of other imported goods. When that happens, the United States will be able to charge higher prices for exports [source: Gehlhar, Winston and Somwaru]. Furthermore, as scientists find better ways to turn home-grown crops into fuel, the cost of production decreases, opening the door for more investment. When companies invest, the economy expands [source: States News Service]. 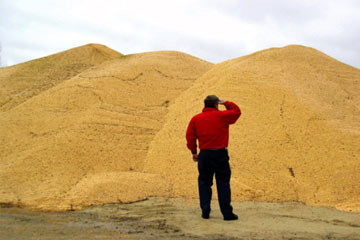 Economists think 200,000 U.S. jobs can be created for every 10 billion gallons of corn ethanol produced.
iStockphoto/Thinkstock

As the country begins marching more steadily toward increased biofuel production, expect a rise in green jobs and a bump in the standard of living. Some economists say that for every 10 billion gallons of corn ethanol produced, more than $46 billion is added to the U.S. economy, generating up to 200,000 new jobs [source: Energy Future Coalition].

According to researchers, current ethanol production reduces the price of gasoline by 29 to 40 cents per gallon, saving 200,000 jobs [source: Biofuels Digest]. Perhaps no one occupation will benefit more from biofuels than farming. Growing switchgrass to be distilled into ethanol alone will increase farm income in the United States by $6 billion [source: U.S. Department of Energy].

As biofuel use increases, there will be a need for more distillation plants, which would add thousands of construction jobs to the economy. As of early 2011, there were 137 biodiesel plants currently operating in the United States, with 13 more under construction [source: Biodiesel Magazine]. And at the end of 2010, there were 224 ethanol plants online and five currently being built [source: Ethanol Producer Magazine].

If America and the world are serious about transitioning from fossil fuels to biofuels, analysts say companies will need to build nearly 1,000 new production plants for every 50 billion gallons of ethanol. Because transporting biomass -- the organic material used in biofuels -- is costly, most of those facilities will have to be built in rural areas close to where fuel crops are grown, sparking economic hope, not only for local construction personnel, but also for farm families and other local workers [source: Energy Future Coalition].