What are the differences between ethanol and other biofuels? 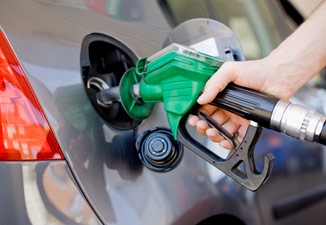 Would you believe corn isn't just potential fuel for you, but also for your car? Welcome to biofuels! In our petroleum-dependent culture, biofuels are so attractive that 1,865 companies have a stake in them, according to Forbes. Right now, ethanol and biodiesel are the leaders, with a few others in the mix.

Ethanol is an alcohol made from plants — corn, soybeans, sugarcane and even algae. During production, starch from the plants is fermented and distilled into sugars, which microbes turn into ethanol. Mixed with petroleum, ethanol becomes fuel for your car.

Ethanol is used as an additive because it's a little cleaner than gasoline — burning it emits 21.8 percent less greenhouse gas (GHG) than petroleum fuel emits. Currently, the United States produces 4.9 billion gallons of corn ethanol each year, compared to 79 billion gallons of petroleum gasoline, according to the Center for American Progress.

However, growing the corn can contribute to runoff from herbicides and fertilizers, as well as soil erosion. It also takes a lot of corn to make fuel; 450 pounds of corn yields enough ethanol to fill a 25-gallon gas tank. Or, to look at it another way, each acre of corn can yield about 328 gallons of corn ethanol.

Recently, researchers have been working ethanol from another source: cellulose. Cellulosic ethanol is manufactured from cellulose in wood, straw and many other plants. It provides twice as much energy as corn ethanol, but cellulose is tougher to break down, so it takes more energy and equipment to produce it.

Fat can power cars, too. Biodiesel is a nontoxic and biodegradable fuel made from things like animal fat, vegetable oil and restaurant grease. Some species of algae can even excrete tiny drops of usable oil. In the United States, production of biodiesel currently stands at about 75 million gallons annually.

Although you can use vegetable oils directly — though not for legal resale — mixing oil with alcohol and a catalyst creates a higher-quality fuel. Typically, vehicles that use petroleum diesel can also use biodiesel without many alterations. Biodiesel also yields 90 percent more energy than corn ethanol, and it gives off almost 70 percent less GHG.

According to the U.S. Department of Energy, three other possible biofuels are emerging — biogas, biobutanol and hydrogenation-derived renewable diesel. Biogas makes use of organic material, like manure or solid waste, which is decomposed and refined into a substitute for natural gas. One of the plusses for biogas is that it could be transported through the current natural gas infrastructure.

Biobutanol is butanol alcohol concocted from crops, grass or waste. Because it's so similar to ethanol, biobutanol can also be used in today's engines. With a few changes, existing ethanol plants could make biobutanol, and it could be distributed the same way as gasoline.