How does biofuel crop diversity affect society and the environment? 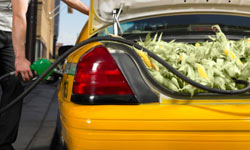 Biofuels could help the world break its dependency on fossil fuels, but how will growing these crops affect society and the environment?
iStockphoto/Thinkstock

Humans crave energy. We lap it up like a thirsty dog at a water dish. We need energy to heat our homes, power our factories and light our streets. Energy makes things happen. Yet, the world's energy supply is far from limitless. Most of our energy comes from fossil fuels such as coal, oil and natural gas. And one day the world will run out of them, and, our chief sources of power.

Still, our desire for fossil fuels, especially oil, is insatiable. Consider this: Humans consume 85 million barrels of oil a day; Americans alone use 18.6 billion barrels a day [source: Cocks, Central Intelligence Agency]. Analysts say oil production hit its peak in 2006, but the global economy is only expanding [source: Sills]. Experts say worldwide energy use will likely increase by 36 percent during the next 25 years, with China alone increasing its consumption by 75 percent, further straining the global energy supply [source: Sills]. Not to mention, burning fossil fuels releases greenhouse gases into the atmosphere, which are harmful to the environment and the health of individuals.

What does this all mean? Experts say we need to decrease our dependence on fossil fuels and find alternative sources of energy. One of those alternatives is to create fuel from plants, also known as biofuels. Some of these so-called "energy crops" include corn, wheat, soybeans, algae and even sunflowers. Scientists are also engineering the genes of some plant species hoping to make them grow faster and larger, and able to store more energy.

But these energy crops have the potential to impact our society and environment in ways we do not fully understand. Read on to find out how they could affect you and future generations.

In 1973, the oil-producing nations of the Middle East stopped exporting oil. The embargo was a wake-up call to the rest of the planet. Governments scrambled to find alternative sources of energy, and many nations began in earnest to convert energy crops into biofuel.

Energy crops have many benefits. They can reduce our dependence on crude oil, and unlike fossil fuels, energy crops are sustainable -- meaning they'll likely never run out. In addition, the biofuel industry is a major job-producer. According to the Biotechnology Industry Association, the biofuel industry will create 190,000 jobs in the United States by 2022. In addition, the production of biofuels could reduce U.S. petroleum imports by $70 billion in 12 years [source: Biotechnology Industry Association].

Many of the energy crops and biofuels are better for the environment than fossil fuels. Farmers can plant energy crops almost anywhere in the world, and some of these crops, such as switchgrass and jatropha, actually thrive on land that is useless for growing food crops. The crops also absorb carbon dioxide from the atmosphere, reducing the amount of heat-trapping gases. In addition, biofuels create less smog and other irritants, impacting the health of people in a positive way.

On another level, some energy crops, such as switchgrass, can improve soil conservation by limiting erosion. Other crops attract beneficial insects, such as Lady beetles and bees that control pests and pollinate crops [source: Science Daily].

But not all of the impacts of energy crops can be positive. Continue to the next page to see some of the negative impacts they can have on the environment and society.

Every green plant is an energy-making factory. The plants absorb sunlight and change it into chemical energy through photosynthesis. Converting this chemical energy creates light and heat energy.

Not So Green Pastures 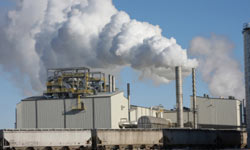 The siren song of domestically grown energy crops that reduce dependence on foreign oil while cleansing the environment is more than alluring. It sounds too good to be true. In some cases it is. Dig deeper and you'll find that some energy crops do more harm than good.

Consider palm oil. Biodiesel distilled from palm oil is efficient, and helps the economies of Malaysia and Indonesia. Yet, farmers burn thousands of acres of rainforest each day to make room for palm plantations. This destruction threatens countless animal and plant species and impacts Earth's weather systems. The production of palm oil produces 10 times as much greenhouse gas as oil [source: Brune].

Biocrops can impact the world's food supply, too. In 2009, 25 percent of all corn and grain crops grown in the United States went into biofuel production, not food production [source: Vidal]. Some farmers are reluctant to plant food crops because biofuel crops are more lucrative. As a result, food prices rise.

Likewise, corn ethanol may not be as environmentally sound as most people think. If refineries turned every ear of corn in the United States into ethanol, it would replace only 12 percent of gasoline [source: Brune]. Additionally, farmers use a lot of fossil fuel to grow and process corn into ethanol, which causes an increase in greenhouse gases. From farm to gas tank, corn ethanol produces only 15 percent less atmospheric greenhouse gas than the equivalent amount of gasoline [source: Tillman and Hill].

Some biocrops can also negatively impact wildlife. Scientists at the University of Wisconsin-Madison say the number of bird species in the upper Midwest could decrease between 7 and 65 percent if farmers plant corn and other annual energy crops. Scientists say many species, including birds, like living in areas with diverse plant life. Planting large-scale row crops, such as soybean and corn, would decrease bird biodiversity, they say [source: Tenenbaum].

Experts say if we choose our energy crops wisely, they have the potential to provide the world with climate-friendly energy. But the million dollar question really is which biocrops should we grow, and where should we grow them?