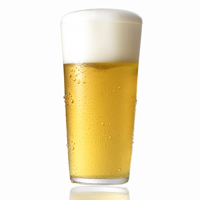 You'll probably never fuel your car with beer, but you can probably think of a better use for the beer anyway.
ULTRA.F/Getty Images

Well, it's not exactly beer, but this is a fuel you can brew yourself.

Ethanol can be made by fermenting sugars, similar to whiskey. It's possible to run a car on pure ethanol -- in fact, all of the race cars in the Indy Racing League use it. So why not buy some sugar and set up your own backyard gas pump?

The idea itself isn't inherently bad. It may be a good answer for certain individuals, and improvements in technology are making ethanol easier to produce at home; however, there are still a few reasons why this won't work on a large scale. The economics just don't work out.

Using the United States as an example, the sugar that's available is just too expensive to make this a worthwhile endeavor. In addition, distilling ethanol in your yard requires special permits, and it isn't currently legal to run a car on pure ethanol in the U.S. -- home distillers are required to make a fuel blend to stay on the right side of the law [source: Fitzgerald].

The biggest problem might actually be the effort involved. A certain segment of the population is highly motivated and technically skilled, and they'd love the thought of brewing their own fuel. But for this energy source to go mainstream, the average soccer mom has to be willing and able to tackle the process, too.

We're not picking on soccer moms here, but any fuel source that requires more effort than plugging-in to a wall outlet or filling-up at the pump is going to face an uphill battle for widespread acceptance.

Despite what you may be thinking, there are a few alternative energy sources that have a real shot at changing the world -- they're just a little unusual. But then again, that's why you're reading this article, right?