How the Ford Evos Concept Works 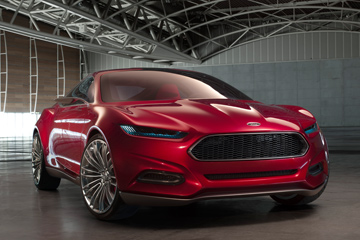 The Ford Evos concept car was officially unveiled at the Frankfurt Motor Show in September 2011.
Courtesy of Ford Motor Company

What if your car knew what you were thinking and feeling? And what if it remembered the way you like to drive, what music you prefer, even when you wake up to go to work?

And what if it was synchronized with your online calendars and social media networks -- so that it could help you keep on time for appointments and recommend destinations that you might like, based on who your friends are?

You might say all those features are either really cool, or incredibly creepy, depending on your attitude about such things.

Either way, all this high-tech, artificial intuition comes as part and parcel of the Ford Evos concept car. Officially unveiled at the Frankfurt Motor Show in September 2011, Evos represents a radical strategic leap for Ford.

For one thing, the swoopy, aggressive lines and avant-garde styling cues on the Evos won't die when the crusher squeezes the life out of the last prototype. Unlike many futuristic concept cars of the past, Ford says the general look of the Evos -- though not the actual car -- definitely reflects the shape of things to come throughout the automaker's future product line-up.

Indeed, the Evos, a plug-in gasoline-electric hybrid, is a sight to behold. In this article, we'll take a look at the things that make Ford's new pony so unique, both on the outside and the inside.

To read about the design of the Ford Evos, click to the next page. 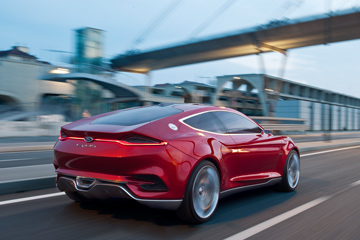 The very first thing you notice about the Ford Evos is its shape. With its wide-aspect, low-profile tires and an athletic fastback body, it conveys sportiness. Details such as gullwing doors (four of them) and intricately sculpted front and rear fascia speak of refinement.

Evos features a broad, "inverted trapezoid" front air inlet with a honeycomb mesh-patterned grill. Some say it appears reminiscent of Aston Martin's signature big-mouth intake. Ford says it's an evolution of the gaping grill found on models such as the Focus and Fiesta. Sinister, slit-like headlamps on the Evos add to the sporty and high-end look.

These various "facial" and body features that you see on Evos will contribute to Ford's worldwide design language. In other words, Ford cars and trucks all over the world will use similar-looking shapes and materials that help observers immediately look at a vehicle and say, "Oh, that's a Ford."

The inside of the Evos is no less eye-popping. A fully digital dash and console replace the usual analog gauges, knobs and push-buttons. Racing-inspired bucket seats envelop driver and all three passengers within a space-age cockpit built with organic, flowing contours.

"While you will never see this car on the road, the next generation of Ford products will display many of the distinctive design ideas and advanced technologies it showcases," Derrick Kuzak, Ford's group vice president of global product development, said in a written statement.

Visually, this Ford is a feast. But it's more than just an eye pleaser. Perhaps the most remarkable thing about the Evos is the stuff you can't see directly. We're talking about its ability to synchronize with the habits and lifestyles of particular drivers.

Keep reading to find out about the computer connectivity of the Ford Evos.

Evos and the Cloud 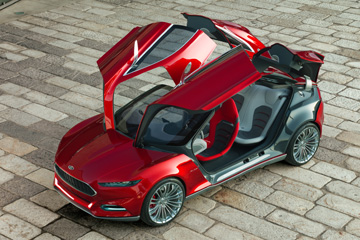 Already, many of us place significant chunks of our lives online. Whether it's on our employers' private computer networks or on Internet-based services, we leave behind an abundance of digital footprints: our personal acquaintance structures, media preferences, financial habits and work details exist in large part in "the cloud" of digital information.

Evos makes an attempt to harness some of this rampantly distributed data and turn it into actionable information that Ford believes will make people's busy lives a bit easier to manage. Ford says this approach is an evolution of its current SYNC car connectivity system.

For instance, Evos, being connected to your personal calendar, can tell your home-networked alarm clock when to wake you up so you're on time for work. If a colleague canceled or postponed that planned 8:30 a.m. meeting, Evos could even tell your clock to give you an extra hour of sleep. Just think -- some day we may be able to add "Sorry, boss, my car's data link froze," to our list of excuses for being late!

Evos can switch driving modes, from plush luxo-cruiser to sport-tuned asphalt demon, depending on traffic, road conditions, and the driver's skill and preference.

It can also pick up on what type of streaming Internet tunes you were listening to in the house, then have them ready and playing for you when you arrive to the car to do your morning commute, grocery shopping or whatever. It even has the ability to sift through your social media streams and make suggestions, such as fun driving routes, based on the preferences of your social media connections.

Is there a dark side to your car "knowing" so much about you? Already, commenters online have raised concerns about privacy issues: What if insurance companies get their hands on the stored data about your driving and decide to jack up your rates as a result? There have already been numerous instances of drivers being convicted in court after the prosecution obtained access to the "black boxes" of wrecked cars and used mere seconds' worth of salvaged data as evidence. Whether you're enthused or opposed to the idea of a "smart" car, it appears this genie is already out of the bottle.

For the specifications on the Ford Evos, click to the next page. 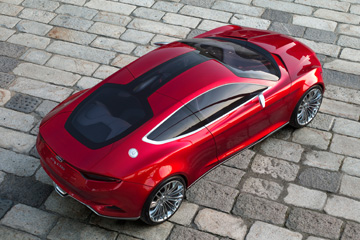 The Evos is undeniably sexy. The creative combination of technology, design and sustainability suggests that Ford is looking not just to build cars, but also devices that conform to the way we live, work and entertain ourselves. Whether the Evos succeeds in this regard, however, will remain anyone's guess. Because at least for the moment, Ford says the car won't go into production -- we'll only see nods to its legacy in upcoming vehicles.

So in some sense, the specs on it are a moot point: The vast majority of us, even if we could afford one, will never get to drive it. In any event, we've pulled together some stats about the Evos, inasmuch as they've been released to the public:

For lots more information on the Ford Evos and other concept cars, follow the links on the next page.