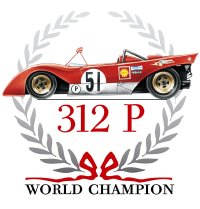 With the Fiat safety net in place, Ferrari built a custom test track at Fiorano, a small town approximately a mile away from his factory. Mauro Forghieri recalled Ferrari telling him, “You won’t have any more economic problems, so do your best.”

Ferrari went on to win the Sports World Championship for Makes in 1972 with the 312 PB, then narrowly lost the title in ’73 to Matra-Simca. But despite success at the highest levels, Ferrari was questioning the return on investment of sports racing, and at the end of 1972, it closed down its factory endurance-racing program.

“Sports car racing was really what built up the Ferrari myth in the age before the 1970s,” Piero Ferrari observed. “Then Formula 1 became more important, when it started to grow with television’s involvement.”

It was an intelligent decision. The two types of racing were on different trajectories, and for Ferrari to truly compete at the top level in F1, it needed to focus all its resources there.

“[A] problem at Ferrari in [the 1960s] was its enormous number of activities, which led inevitably to energy being expended in different sectors,” John Surtees said in Ferrari 1947-1997. “For example, when the cars had to be prepared for Le Mans, Formula 1 was clearly overlooked, although we could compensate in part for our disappointments by the success of the Sports prototype cars.”

A hitch in the plan was that Ferrari withdrew from factory-backed endurance racing without getting its Grand Prix house in order. The F1 effort was in disarray, consumed by political intrigue, hobbled by badly designed cars. Interestingly, Forghieri was able to right the Grand Prix cars by using downforce tricks learned in endurance racing.

Order was restored when Luca Cordero di Montezemolo was brought in to run the team in 1973. Born in Bologna in 1947, Montezemolo was an attorney, with experience at top firms in Rome and New York and a specialty in international commercial law. On-track performance soared when Austrian Niki Lauda was hired away from BRM to be the Maranello team’s No. 1 driver.

Enzo Ferrari, meanwhile, was suffering from ill health. He traveled little and lived at the home he had built in the middle of the Fiorano track. Far removed from the true ins-and-outs of the Formula 1 scene, he relied on television coverage and on-site advisors. Unfortunately, many of these individuals were more interested in protecting their fiefdoms than in the good of the team.

Forghieri and Lauda were nonetheless diligent in developing and testing Ferrari’s heavily revamped F1 mount, the 312 T. The F1 effort benefited from Montezemolo’s rising career path, which soon had him named senior vice president of external relations for the Fiat Group, and from Lauda’s wiles in cutting through the layers of self-interest.

“If The Old Man was absent,” Richard Williams wrote in his excellent biography, Enzo Ferrari, “Lauda would walk across the road to the factory, knock on his office door, and walk in. In this way he short-circuited those who had been exerting influence without taking direct responsibility. And Montezemolo’s Agnelli connections gave him a particular authority and independence within the setup, as well as guaranteeing the sympathy of the parent company.

“He was young,” Lauda said of Montezemolo, “but he was good.”

The results of that work were spectacular: three F1 world driving championships and four constructors titles in the second half of the 1970s.

On the road, Ferrari breathed new life into its model line with the introduction in 1974 of the 308 series. Launched as the four seat Dino 308 GT/4, these were Maranello’s first Ferrari-badged road cars without a 12-cylinder engine. Along with their successor V-8 models, they became the company’s financial bread and butter.

The Dino 308 GT/4 could not have been introduced at a more appropriate time. The first oil crisis had hit in October 1973, and the entire sports-car and GT universe reeled. Now the general public viewed exotics as a waste of precious, finite resources. Some nations instituted strict speed limits; Italy and others banning driving on Sunday.

“Will exotic cars survive?” asked Road & Track on its March 1975 cover. It was a fair question, considering that Maserati, Lamborghini, and Aston Martin had all declared bankruptcy. Ferrari sales slumped from 1,844 in 1972 to just 1,337 in 1975, and while that did squeeze cash flow, the Fiat safety net all but assured Ferrari’s continued existence.

Then Ferrari’s next generation of two-seat sports cars was introduced. The midengine V-8 308 GTB and GTS were fast and beautiful. Sales took off. In 1979, Ferrari annual production crossed the 2,000-unit threshold for the first time, with 2,221 cars built.

The following year, Turin was the site of a revolt dubbed the “March of 40,000.” Led by Fiat employees, it was an open rejection of the unions’ power and intrusiveness. It proved a tipping point: The unions’ strength was never the same. Over the next few years, companies such as Ferrari and Fiat would once again focus their efforts on designing and manufacturing new cars, rather than on battling organized labor and on simply surviving.

On the next page, learn how an aging Enzo Ferrari celebrated his company's 40th anniversary.