Ferrari, the Unions, and Fiat 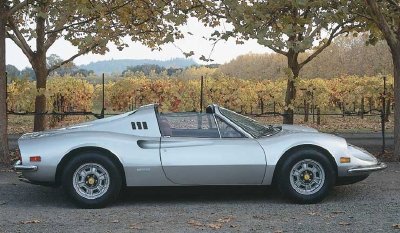 But ever-increasing sales, a stream of new models, victories in endurance racing, and participation in F1 couldn’t hide Enzo’s misery from those close to him. His company was tight on cash and under attack from forces beyond his control. It was wearing The Old Man down.

“It was a wonderful ten years, from 1957 to 1967,” Sergio Scaglietti recalled. “The economic boom was really flabbergasting … Ferrari’s company was getting bigger, as was mine. We would often work straight through the night and, in the three months prior to the Mille Miglia, we would work night and day. I used to pay the night shifts quite well, separate from the normal wages. A lot of workers prospered.”

That decade-plus of continual growth instilled in all of Italy’s workers expectations of ever better, higher-paying jobs and benefits. The unions gained tremendous strength during that stretch, and in some regions, including around Modena, social discord and labor unrest were the norm. When workers and management couldn’t resolve differences over salaries and conditions, bitter work stoppages were the result.

Scaglietti’s view was typical of those in the establishment. The unions, he said, “decided the workers shouldn’t do the extra hours. That spoiled everything and the workers became lazy; that was the start of the trouble. The politics were just as bad. It was always influence, influence on everything … It became hell when the unions were born.”

During those “hot years,” people openly questioned the accepted values, and many who did were attracted to Europe’s agitating socialist and communist movements. Some who sought to excel at their jobs claimed they were castigated by fellow employees. Student dissent was rampant, and protests turned violent in March 1968. Union leaders eventually joined forces with the college firebrands, and the situation became even more volatile.

Another thorn in Ferrari’s side came from across the Atlantic, where America’s new safety and smog regulations were crimping automotive high performance. Add that to the union confrontations and the public’s changing mentality toward extravagant sporting cars, and it was easy to see how any maker of European exotics could feel under siege.

“Ferrari was indeed having problems,” Scaglietti said. “The workers were giving him hassles and headaches. He was really fed up with the whole thing.”

Mauro Forghieri remembered much the same. “The strikes were one of our biggest problems,” he said. Parts would arrive late. Tension was constant. Production slowed. Much of the fun had gone out of the game.

In 1969, Scaglietti discovered a way out. Enzo had worked with Fiat since the mid 1960s, supplying engines for the Fiat Dino coupe and spider, and had successfully engaged company patriarch Gianni Agnelli in a conversation to buy Ferrari itself.

Scaglietti was privy to the Ferrari-Fiat talks, so Enzo called him in the spring of 1969 with a proposition: that the two men link their companies.

When Enzo asked, “What do you think of doing something like I am doing?” Scaglietti replied, “Give me the pen! I am ready to sign.”

Ferrari returned to the negotiating table in Turin. Scaglietti was now part of Ferrari, he explained, and Fiat needed to purchase both companies. On June 18, 1969, Scaglietti no longer owned his carrozzeria, and Fiat owned 40 percent of Ferrari.

“That was the best thing I ever did,” Scaglietti reflected. “I have never understood one thing about the communist ideal.”

With the purchase by Fiat, Ferrari found economic relief. Read on to find out about his next move.