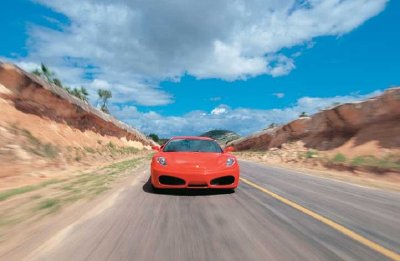 Fast Ferrari is redundant, but some are faster than others. The F430 hits 186 mph.

It’s the scream of a Ferrari engine at full song that stirs the soul, and these articles explore the result of that beautiful noise: speed.

We’re interested in maximum velocity, and we’re focused on the road cars, not the racing models.

To make it more interesting, let’s look at the fastest Ferrari of each of the last five decades. It’s one way to trace the evolution of pedal-to-the-metal travel, and another opportunity to enjoy the glory and romance of Ferrari history. So strap in, focus on the horizon, and let ‘er rip.

The 365 GTB/4 celebrates the majesty of the front-engine V-12 Ferrari.

The F40 celebrated Ferrari's 40th year as a company, and marked a new high-speed ceiling.

The F50 brings Formula 1 technology to the street.

The Ferrari Enzo: Powerful and polarizing, much like its namesake. 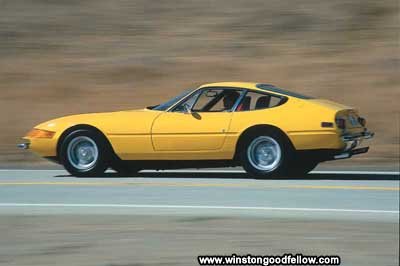 Defiantly upholding Ferrari’s front-engine tradition in a world filling quickly with midengine exotics, the Ferrari 365 GTB/4 Daytona burst upon the motoring public at the Paris Salon of 1968. The car’s exaggeratedly conventional sports-car proportions -- a long hood sheltering a big V-12 and a short rear deck -- shouted Enzo Ferrari’s homily that “The horse does not push the cart, it pulls.”

Though the Ferrari factory suggested the 500 Superfast, with its 400-horsepower V-12 could do 180 mph, road testers of the day never recorded a speed that high. They did, however, regularly get Daytonas to between 172 and 178 mph. 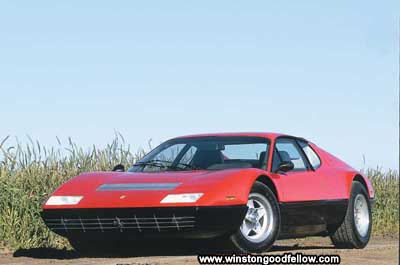 The Ferrari 365 GT4/BB was the first midengine 12-cylinder Ferrari for the road.

Ferrari finally answered the Lamborghini Miura in 1974 with its own midengine supercar, the Ferrari 365 GT4/BB. The initials stood for Berlinetta Boxer and signaled a new 4.4-liter horizontally opposed 12-cylinder engine with some 344 horsepower. Such engines are called “boxer” because their pistons pump side to side, like prize fighters exchanging punches. The engine’s four valves per cylinder accounted for the “4” in its model designation.

This was Ferrari’s first production midengine 12-cylinder car and had a body of steel, aluminum, and fiberglass. The Ferrari 365 GT4/BB decisively raised the bar for high performance, as expected of the successor to the fabled front-engine V-12 Ferrari Daytona. It hit 180 mph in magazine road tests. Ferrari built about 400 Ferrari 365 GT4/BB then in 1977 responded to tightening exhaust-emissions rules with the 512 BB. Its flat-12 was larger, but the car was heavier and a bit slower than the Ferrari 365 GT4/BB.

The Ferrari 365 GT4/BB succeeded the Daytona as the fastest production Ferrari.

The name Ferrari F40 commemorated Ferrari's 40th year as an automaker and was the last Ferrari built while Enzo Ferrari was alive. This was no grand touring machine, but a sports car shorn of amenities and packed with power. The chassis used carbon fiber and Kevlar, and the lightweight plastic body was shaped to provide aerodynamic downforce at the car's 196-mph top speed. Pull cords opened the doors, and there was no carpeting.

The Ferrari F40 was the last Ferrari released while Enzo Ferrari was alive.

The Ferrari F50 brought F1 technology and driving excitement to the road.

Introduced in 1995 the Ferrari F50 brought Ferrari F1 technology to the road. The carbon-fiber chassis and pushrod suspension were Formula 1 practice. So was the naturally aspirated, centrally mounted V-12 engine that acted as a support for the rear suspension and for the carbon-fiber body work. The 4.7-liter V-12 used the 1990 F1 car's block and employed a similar design for the heads and crankshaft. At 513 horsepower, the Ferrari F50 was at the time Ferrari's most-powerful road car ever. The gearbox was a conventional six-speed manual mounted longitudinally.

Originally, Ferrari wanted to make two different bodies for the car, a slinky aerodynamic coupe and a barchetta convertible. The designs were eventually merged to become an open two-seater with a lift-off roof panel. Just 349 Ferrari F50s were built, and none went looking for buyers, even at a sticker price of almost $520,000. That was still only half the price of the McLaren F1, which set the day's pace for exotic road performance. But Ferrari's purpose was to provide an F1 driving experience in more than name only, and with the razor-reflex Ferrari F50, that's was it accomplished. 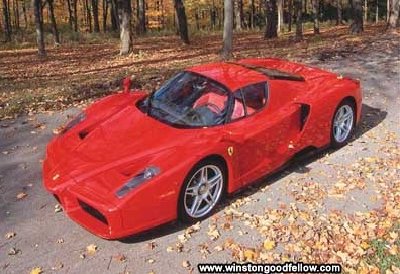 The Ferrari Enzo's unusual shape helped it stay under control at 200 mph.

It's not exactly a pretty shape, but Ferrari's aim was hyper control at hectic speeds, and that's what the Ferrari Enzo's unorthodox proportions, dips, curves, and vents delivered. Ferrari built just over 400 of the stunning coupes, all in 2003 and 2004. Drawing 660 horsepower from a 6.0-liter midship-mounted V-12, and weighing under 3,000 pounds, the Ferrari Enzo did 0-60 mph in 3.3 seconds and nudged 218 mph. The transmission was a six-speed clutchless sequential manual with steering-wheel paddle shifters.

Ferrari poured racetrack knowledge into this roadgoing rocket, the only Ferrari named after the company's founder. F1-worthy air management blended the required downforce and aerodynamics without resorting to stand-alone spoilers or movable foils. A sandwich of carbon fiber and Nomex formed the body panels, while carbon fiber was used for the chassis and tub. Sticker price was about $650,000 and color choices were limited to red, yellow, and black. Only about 100 Ferrari Enzos came to the U.S., but two were crashed in highly publicized accidents, lending the car an elevated public profile worthy of its outlandish looks.