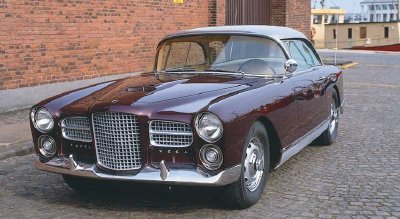 The line of Facel-Vega sports cars helped make France a contender, but, unfortunately, the brand was not able to survive the 1970s.

Facel founder Jean Daninos’s primary goal for his company was to create a postwar car that would bring his native France back to the front of the GT market. Facel already had plenty of experience in manufacturing cars for other companies, and a contract cancellation left one of its factories running well below maximum output. With the facilities, the resources, and -- perhaps most importantly -- the drive to succeed, Daninos set out in earnest to make his goal a reality.

He began with the Facel Vega, a superbly-constructed machine that borrowed some of the best parts from around the industry, including Chrysler’s famous Hemi engine. It was costly, but Daninos wisely targeted the wealthy California import market, and found success.

Later models, such as the Facel HK500 and Facel Facellia, took their body styling cues from the Vega, creating a new, distinctive look. Unfortunately, engine issues surfaced in the Facellia, driving customers away and tarnishing the company’s reputation. Worse, Facel didn’t have deep enough pockets to react quickly to these problems, and Daninos was eventually forced to close Facel’s doors.

In the next few pages, you’ll learn more about Facel’s rise and fall, through detailed car profiles and in-depth history. Take a look at how Facel very nearly pulled through, and how -- even though the company didn’t survive -- Daninos just might have achieved his goal anyway.