The first thing that strikes visitors as they come up Corvette Drive is the imposing 110-foot yellow spire. The side-walks are filled with personalized bricks, purchased by financial supporters. A Corvette on a turntable greets those who walk into the lobby. The gift shop shares part of the lobby's central area, and is filled with virtually everything imaginable that can bear a Corvette emblem. (The shop's online catalog is filled with trinkets, accessories, and clothing to satisfy any Corvette aficionado's wish list.)

Beyond the turnstiles there's a 240-foot-long atrium lined with special models donated by Chevrolet, such as the first 1997 built; the 1-millionth Corvette, a white 1992 convertible with a red interior; and the last ZR-1 (CA, August 1989), a red 1995 coupe driven by the plant to the museum by Perkins and Corvette Chief Engineer Dave McLellan. Filling the atrium are other special displays that change on a regular basis with many older Corvettes on loan from individual owners. Both the NCRS and National Council of Corvette Clubs have displays here. Popular with young Corvette fans is a complete collection of promotional models and other Corvette memorabilia.

Inside the 165-seat Chevrolet theater, visitors can watch movies about Corvette history and racing on a 28x16-foot-wide-screen. The theater is also used for special events and seminars. Next to the theater is the entrance to a series of displays and exhibits that cover the Corvette story past, present, and future. Some of these displays are permanent, however the cars displayed are rotated on a regular basis.

Large murals recount the Corvette's conception, which is credited to GM Styling Vice President Harley Earl (CA, December 2005, February 2006). Showcased in an alcove is the original Corvette hood badge designed by Robert Bartholomew that depicted the American flag on the left crossed with a checkered flag on the right. This emblem was to appear on the Corvette show car when it made its debut at the GM Motorama in January 1953. At the last moment, the emblem was replaced on the advice of General Motors lawyers, who had discovered it was illegal to use the national emblem on commercial products. The replacement badge featured the checkered flag crossed with a red flag carrying the Chevrolet bow tie and fleur-de-lis.

A turn to the right brings visitors to the first exhibit, a midcentury barbershop scene that recounts the European sports cars that American GIs fell in love with during World War II. Upon their return, some began importing Triumphs, Jaguars, and MGs, and sparked a sports car boom in America. It was in reaction to this trend that the fiberglass-bodied Corvette appeared in 1953 (CA, August 1998); the beautiful example on display was donated by the late Ray Quinlan.

A recreation of a Fifties Mobil gas station houses more vintage Corvettes with an occasional rival sports car, such as an open-wheeled J2 Allard side by side with a 1959 fuel-injected Corvette (CA, June 1992). Celebrating the Corvette's connection to the "Mother Road" is a lineup of early Corvettes that conjures up memories of the car's appearance in the Route 66 television series that aired from 1960 to 1994.

Bright, creative talents have written advertising copy for Corvette through the years. A display of their great advertisements that captured the unique spirit of the Corvette is exhibited, including the famous "Heartbeat of America" theme.

Learn about Corvettes by model year: 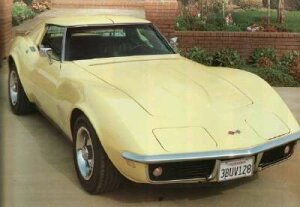 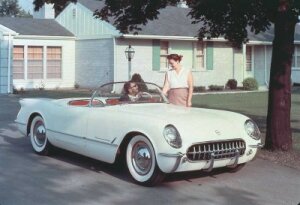 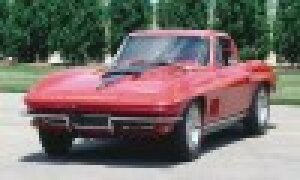