Compression Ratio and Octane Ratings: What You Need to Know

Browse the article Compression Ratio and Octane Ratings: What You Need to Know 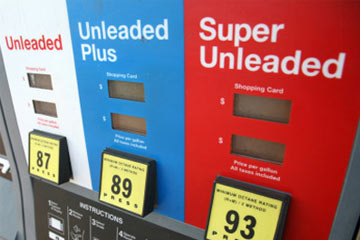 Everyone wants to get a good price per gallon each time they fill up, but is it more cost-effective over the long-term to shell out a little more for premium gasoline? See pictures of engines.
iStockphoto.com/asiseeit

Few people eagerly anticipate a visit to the gas station. The steep cost to fill up a tank is just one of the reasons to feel a little agitated as you pull up to the pump; figuring out which gas to select in order to ensure your vehicle runs properly can also be a quandary. Everyone wants to get a good price per gallon, but is it more cost-effective over the long-term to shell out a little more for premium gasoline each time you fill up? And just what is high-octane gasoline and why do so many filling stations and oil companies push it so hard?

In order to feel a little more comfortable that the nozzle you select is the right one for both your vehicle and your wallet, it's helpful to understand terms like compression ratio and octane ratings. Read ahead to get a grasp of some of the most important terms you need to understand in order to choose the right gas.

For those who either never learned it or have forgotten, it's useful to know: Cars' internal combustion engines all function pretty much the same way. The vast majority of cars have four-stroke gas engines; each stroke, or compression stroke, is when a cylinder full of gas and air is compressed into a dramatically smaller volume before it is ignited with a spark plug [source: Arman].

To be more specific, a piston compresses the fuel and air mix in the combustion chamber of the engine. And the so-called compression ratio -- and each engine has its own ratio -- refers to just how much of that fuel and air combination the piston compresses. "In a four cylinder, 2-liter engine, each cylinder would have a 500 cc capacity," says John Nielsen, director of approved auto repair with the American Automobile Association (AAA). "As the piston moves down the cylinder, it draws in 500 cc of air and fuel. The valves close and the piston moves up, compressing the 500 cc charge. If that charge is compressed into 50 cc, the compression ratio of the engine would be 10:1."

Remember, under normal circumstances the compressed air and gas mix is ignited by a spark plug. But when that does not happen, and instead the mixture explodes in the combustion chamber rather than being ignited by the spark plug, that is called detonation -- or, as it is more commonly known, knocking and pinging [source: Nielsen].

To illustrate what is happening here, Nielsen says to think of a bicycle. In order to generate the most power, the optimum approach is to apply downward pressure at the top of the stroke and apply an even amount of pressure to just about the bottom of the stroke. "The same is true of a piston moving in the cylinder," he says. "When a cylinder detonates, the fuel burns at supersonic speed and releases its energy too fast, kind of like a fast stomp on the bicycle pedal."

Which brings us to the octane ratings in gasoline. Quite simply, octane ratings are a measurement of a gas's ability to resist detonation. Most gas stations offer three grades of octane, with regular rated typically at 87, mid-grade at 89 and premium at 92 or 93 [source: Federal Trade Commission]. It's easy to find what octane rating a gas has: Stations are required to post them on bright yellow stickers on each pump.

Click ahead to discover what compression ratio is and how an engine can alert you to knocking and pinging.

If we all had to calculate what our car's compression ratio is, well, plenty of us would be in big trouble. That's because the formula is so long and has so many variables that even those who are proficient in math would never dare to consider it [source: Nielsen]. Fortunately, most owners' manuals have the compression ratio already calculated, and there's really no reason to know it or understand how it's derived. "Drivers don't ever have to calculate this. Mechanics usually don't, either," says Mike Arman, who has written numerous technical manuals on airplane and motorcycle engines. "People who modify engines must calculate this to determine -- which usually means guess -- the octane ratings of the fuel required."

Sometimes, a car's knocking and pinging is audible to the driver. But in other cases you'll never even hear a thing because a knock sensor has already corrected the problem. According to Arman, knock sensors are so-called piezo-electric microphones bolted to the engine block. "The knock detector talks to the ECU [the car's computer], which retards the timing to stop the knock," he says.

Read on for the bottom line.

So what do you need to know? 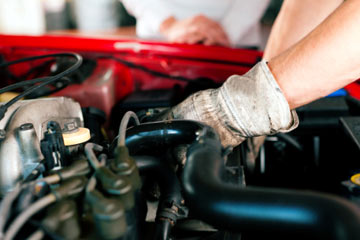 Don't pay the extra 15 to 20 cents per gallon for a higher-octane fuel if your engine doesn't require it because some experts say it's a total waste of money.
iStockphoto/Thinkstock

Here's the good news: You don't have to know anything about the functioning of your engine to make sure you're putting fuel with the right octane rating in your tank. All you have to do is look into your trusty owners' manual and see what you should be doing. If your vehicle requires a high octane rating, the manual will tell you. Otherwise, don't pay the extra 15 to 20 cents per gallon for a higher octane fuel. "Putting high-octane fuel into a car that only needs low-octane fuel is a total waste of money," says Arman.

According to AAA's Nielsen, using a higher-octane fuel than your car requires won't hurt anything, but it also won't help -- and you'll be paying more for it, so it hurts in a different way. Then again, if your car is making knocking and pinging noises, it can be a good move to try a gas with a higher octane rating.

"Go up one grade of fuel and see if it solves the problem," says Arman. "It usually does." While occasional knocking and pinging is fairly normal and doesn't necessarily indicate any serious problem, persistent detonation-caused noise should not be ignored because it may lead to more serious engine damage.