Plug-in hybrids are a unique breed of hybrid vehicle. Take a look at several different makes and models in this image gallery. 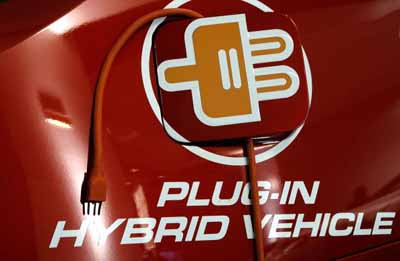 A plug-in power cable hangs on a Toyota Prius. With fuel economy averages in the triple digits, plug-in electric vehicles, or PHEVs, are getting a lot more exposure as a potential option for automakers. Take the technology for a spin with these photos. 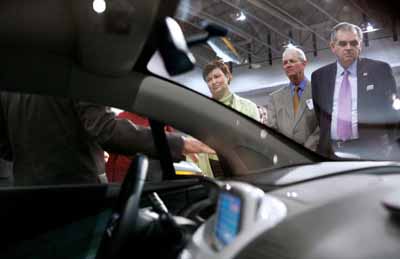 Guests at the Washington Auto Show look inside the Chevrolet Volt, a plug-in hybrid vehicle to be produced by General Motors. See the Volt from the outside on the next page. 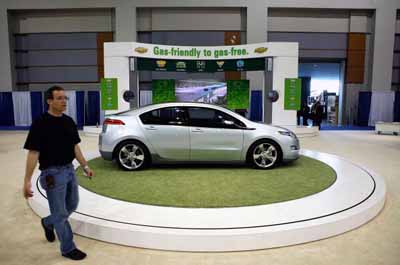 General Motors announced in Aug. 2009 that the Chevy Volt would achieve 230 miles per gallon while driving in the city, predominantly using battery power. Up next, see one of the Volt's competitors. 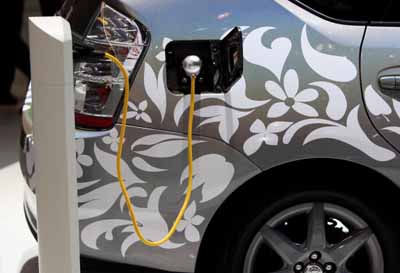 Toyota plans to release only 200 versions of the plug-in Prius in 2009 to corporate and municipal customers in Japan. The United States will get a look, too -- about 150 will go overseas. See another view on the next page. 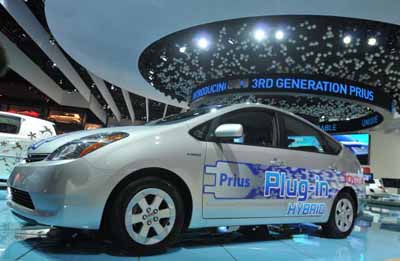 Although the exterior design on the plug-in Prius is the same as the 2010 Prius, the insides will be a little different. The new plug-ins will notably feature lithium-ion battery packs instead of nick metal hydride ones. 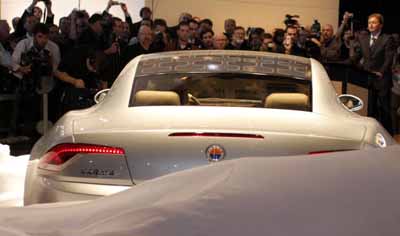 In the luxury sector, we have the Fisker Karma, a plug-in hybrid that will cost at least $87,900. And that's just for the basic version. See the next page for what will most likely cost even more. 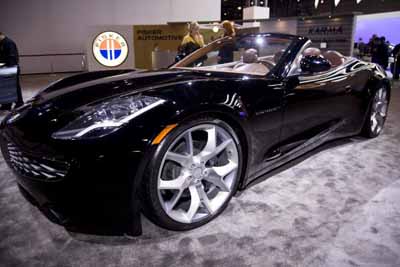 Here, a convertible version of the Fisker Karma is on display at the 2009 New York International Auto Show. While all Signature Edition Vehicles are sold out, you might head over to China for a mass-produced PHEV. 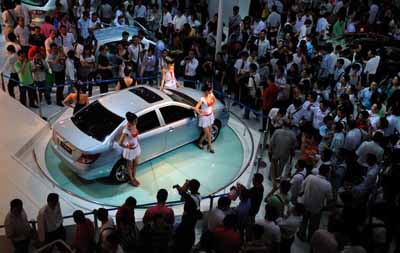 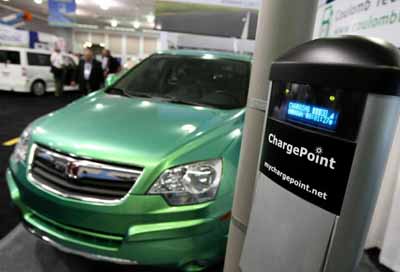 Would more plug-in hybrids lead to more charging stations, like the one seen here next to a Saturn prototype? Although Saturn's models, like most plug-ins, are typically small, see the next photo for a bigger example. 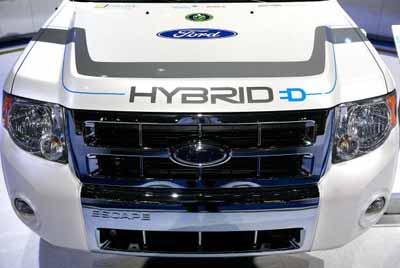 The Ford Escape plug-in hybrid is a compact SUV and much bigger than the any of the vehicles you've seen so far. The PHEV should get over 100 miles per gallon. It can even drive near scenic territory, as you'll see in the next photo. 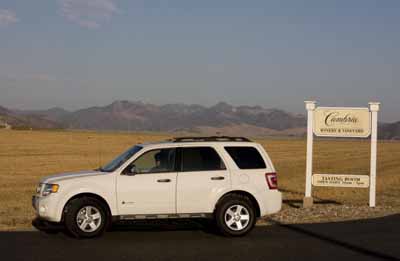 Automakers will often highlight the environmental impact their plug-in vehicles have. Here, a Ford Escape stands out in the wine region of Santa Barbara County, Calif. If you thought the Escape was big, wait until you see the next PHEV. 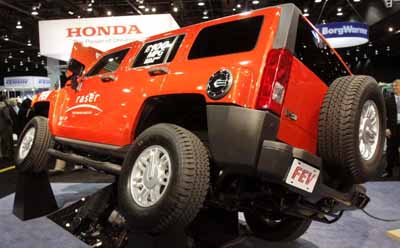 The H3 is a full-size, extended range plug-in hybrid Hummer SUV that can reportedly get more than 100 miles per gallon in typical local driving. If a plug-in Hummer is strange, the next bit of information may be even more surprising. 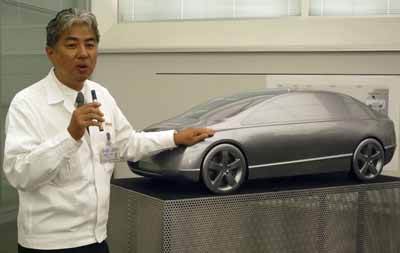 Design manager Nobuki Ebisawa shows a model of the basic Honda vehicle. Although Honda will keep making hybrid cars, the company has expressed no interest in plug-in technology. Next up is a uniquely European approach to PHEVs. 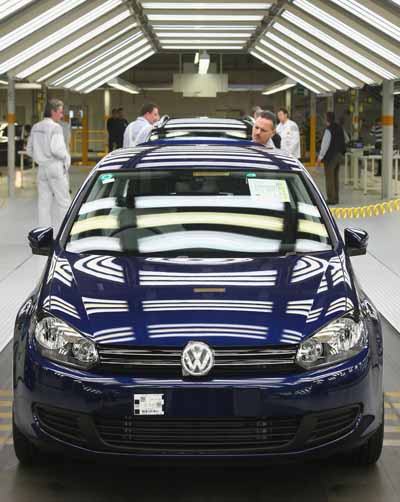 The Volkswagen Golf Twin Drive, based on the original VW Golf shown above, will have a diesel-electric engine instead of a gasoline-electric one. See a different kind of diesel plug-in -- one that gets the news out -- on the next page. 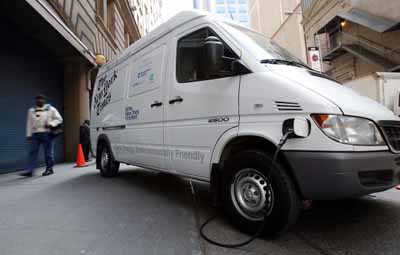 In 2007, the New York Times began using a Dodge Sprinter, the first plug-in hybrid vehicle on the East Coast, to deliver newspapers in a greener fashion. Interested in buying one? Find out about the Top 5 Plug-in Hybrids -- Coming Soon.