Why are crossovers good for retirees? 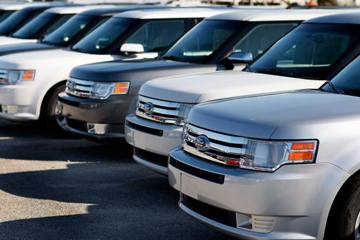 Crossover vehicles aren't easy to pin down. One person's crossover is another's small SUV, and some crossovers may even seem more like tall station wagons. What they all have in common, however, is a car-based platform, rather than a fully boxed truck platform. That means they're easier and more comfortable to drive than a traditional SUV, but with plenty of interior space. However subjective the crossover category may be, it's increasingly popular. And while manufacturers have often aimed crossovers at the youth market, it's older drivers who often find they work best for their lifestyles.

The first advantage of a crossover for retirees is the ease of entry and exit. The seats in a crossover vehicle tend to be around hip height for most people, which means less bending and effort to seat yourself and get back out of the vehicle. Some crossover vehicles have low bottom sills, too, which require less of a step to enter the car. Crossovers also often have four doors, which means each door is shorter and lighter than it would be on a two-door car. That means the doors weigh less and are easier to open and close.

Because crossovers are a newer automotive segment, they often have the latest in safety technology -- even if you're buying used. Manufacturers like Hyundai and Volkswagen are following GM's lead with OnStar and installing automated safety systems that can help drivers with everything from keys locked in the car to accident response. Other safety systems to look for are stability control, a cabin full of air bags, and a higher crash test rating. Some crossovers, like the Ford Flex and Subaru Forester, have earned Top Safety Pick awards from the Insurance Institute for Highway Safety (IIHS) [source: IIHS].

Other features, which are sometimes optional in crossover vehicles, can make driving much easier and more pleasant for retirees without having to drive an "old-lady car." Look for keyless entry, a thicker steering wheel, and a console with large knobs and buttons for things like heat and stereo controls. The ability to adjust the pedals and steering wheel for a perfect fit keeps your mind on the road and off your uncomfortable knees. And of course power seats are easier to adjust than seats with a manual lever near the floor.