LATCH is a Collaborative Effort

Because LATCH is a government-mandated program, initiated and regulated by the National Highway Traffic Safety Administration, "collaborative" might not be the first descriptor that comes to mind. Even though the standards were designed to simplify infant safety seat selection and installation, thus increasing overall safety, the initiative has recently inspired discussion about how to improve automotive safety for children and reduce the staggering number of car crash-related injuries and fatalities.

Automakers and car safety seat manufacturers were given a lot of advance warning before the new rules kicked in. Designers and engineers had about a decade to figure out and implement ways to comply with LATCH regulations, but as the systems were rolled out, it became clear that simply adhering to the specs laid out by the NHTSA still left a lot of room for interpretation. It's inevitable that things weren't guaranteed to quite line up. Some examples: Since cars are not all the same width, their backseats are not of uniform size and are all segmented differently, which means that positioning of the lower anchors will change somewhat from vehicle to vehicle. In sedans, the upper tethers are usually attached to the shelf between the backseat and the rear windshield; in SUVs, the tether points might be found on the pillars or maybe even the roof. Things like that. It was pretty much that every manufacturer was out for themselves, and no one knew if the LATCH program would be effective until the products actually reached consumers.

The resulting inconveniences sent the message that a set of standards simply wasn't enough to get the job done, because LATCH wasn't much easier to use than the previous free-for-all generations of infant safety seats. People were still installing seats incorrectly, confused by the variations in a system that was supposed to be foolproof. But in the years since LATCH's mandated rollout, some things have gotten simpler. In fact, Edmunds.com reported in fall of 2011 that automakers and infant safety seat manufacturers are opening the lines of communication, hoping to implement and design products that are complementary. Marketers are finding new ways to reach consumers, such as informational videos and online tutorials. These guides are helpful, and there's another beneficial side effect. These interactive and technology developments send the message that parents also need to take responsibility for their kids' safety, and should use whatever resources are available to improve their families' health and well being.

Sometimes, a good idea just needs a bit of group effort for the pieces to fall into place. LATCH has shown that if lawmakers, manufacturers and parents continue to work together, it can only mean good things for future automotive safety improvements.

Author's Note: 5 Benefits of the LATCH System for Car Seats

Most of the sources gave the same information about what LATCH is, why it exists, and "benefits" that might not really be benefits. That was all easy. But the more interesting aspects of LATCH -- the delicate dance that must occur to achieve any kind of results between the government and the auto industry -- were notably absent. On the surface, it's simple: The lawmakers pass laws, and if carmakers want to sell cars, they must fall in line. Aftermarket accessories manufacturers (in this case, the makers of infant car seats) also have no choice if they want to keep selling their products.

What's interesting is that LATCH is another example of a new procedure that's supposed to simplify things, but doesn't always work. Because automakers and car seat manufacturers weren't provided exact specifications, a lot of the law was left open to interpretation, resulting in a lot of variables. It's not that the industry doesn't want to protect children -- it's that everyone thinks they've figured out a better and less expensive way to do it, without dramatically altering existing procedures. And alas, LATCH still requires a lot more explanation than it should. The ubiquitous line "Check your owner's manual" isn't some boilerplate recommended by the manufacturer's legal team. It really might be necessary to do some research to negotiate the hooks and straps that should line up between the car and car seat, but oftentimes don't. Even if LATCH isn't necessarily easier, experts seem to agree that LATCH has improved car seat safety. 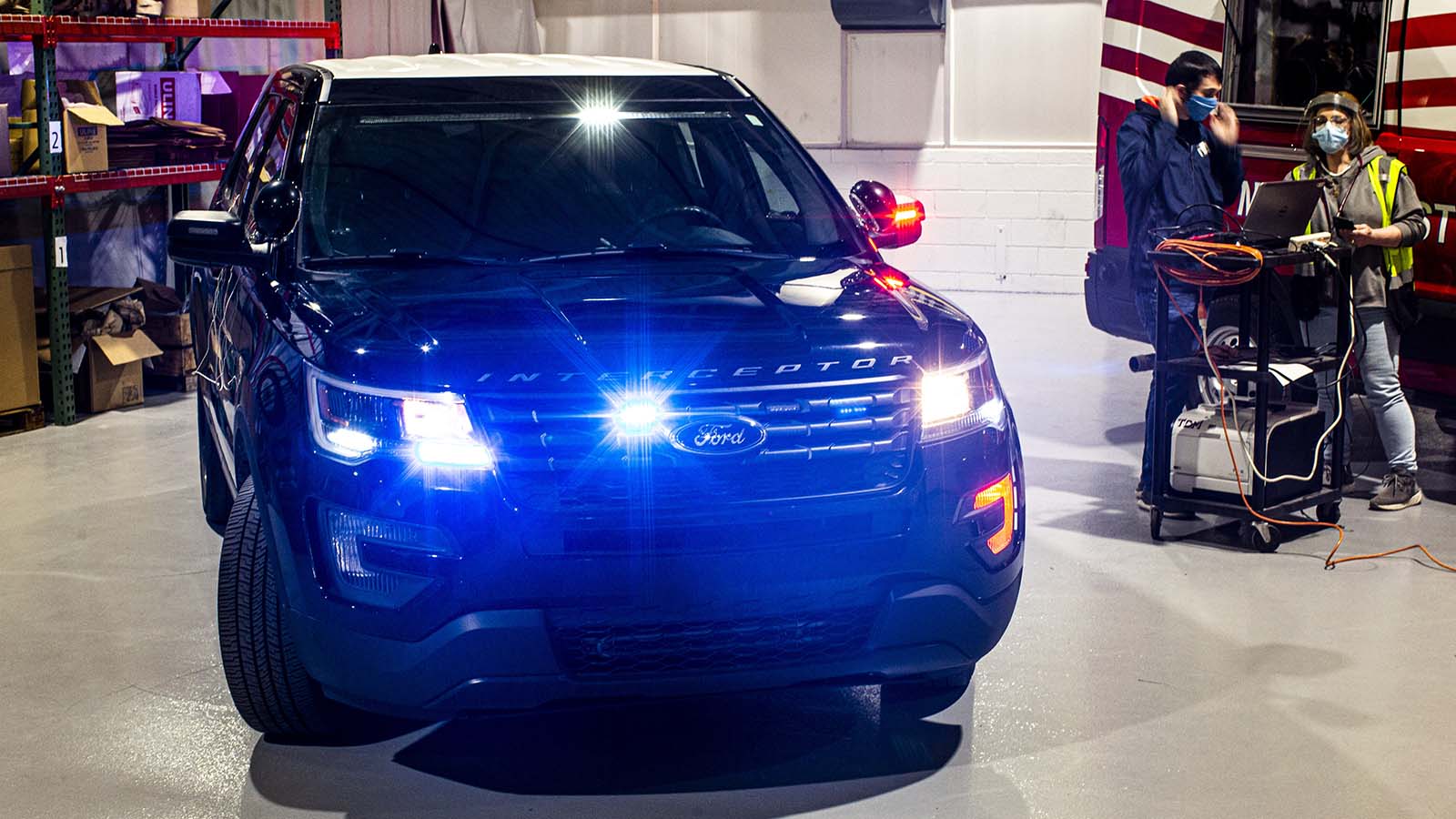 A software update from Ford heats cars up to 133 degrees Fahrenheit to help police officers reduce the footprint of the COVID-19 virus in their patrol fleet.