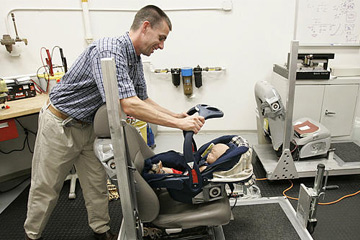 Where is automotive technology headed in the future? In part, that's up to the public. If enough people want something in a car, auto manufacturers will find a way to put it in. Finding out what the public wants is the role of market research firms, which organize focus groups to learn what people like about their cars and what they'd like to see (or not see) in their next car. These firms often contract with automobile manufacturers to monitor public opinions on concept cars and new technology to determine if new models are going to sell.

But carmakers can't test public acceptance of new technologies before they determine what those new technologies are. Often new technological discoveries are generated by think tanks and private R&D organizations. For instance, Google is currently testing what might be the car of the future. Known as the Google Car, it essentially drives itself, relying on computers and automated sensing technology to navigate its way down the highway. The Google Car -- actually a fleet of six cars based on the Toyota Prius and the Audi TT -- drives back and forth between Los Angeles and San Francisco piloted solely by computer. It uses a GPS for route planning, radar and laser sensors for detecting objects and other cars in its path and cutting edge artificial intelligence programming to integrate this data. It'll be some years before Google Car technology is good enough for general use, or can be trusted on anything other than the freeway. Imagine using such a car to navigate complex neighborhood roadmaps -- but the technology will eventually be available for license by automobile manufacturers for use in production vehicles. If nothing else, its very existence proves to carmakers that an automated car will be possible much sooner than anyone might have guessed and this knowledge will guide their research. Besides Google, private organizations and industrial associations like the North Carolina Center for Automotive Research (NCCAR) and the European Council for Automotive R&D (EUCAR) work with the automotive industry to research advanced technology and study future trends.

One of the most important trends in the automotive world today is the development of alternative fuel technologies, such as electric batteries or hydrogen fuel cells. Much of the research into these technologies is taking place at universities, from the California Institute of Technology (Caltech) to the University of Eastern Kentucky. (The latter recently opened its Center for Renewable and Alternative Fuel Technologies, also known as CRAFT.) Additional research into advanced automotive technology is performed at Ohio State's Center for Automotive Research and the University of Maryland's Center for Advanced Transportation Technology. Much of this research is made possible, in part, by funds from the auto industry. For instance, the Ohio State program receives financial support from a wide range of partners, including not only the big three American car manufacturers -- Ford, Chrysler and General Motors -- but Honda, Hyundai, Toyota and automobile-related corporations such as Goodyear. The result of this research is in turn made available for all companies to use, profiting the auto industry as a whole.

This research tells the manufacturers where they should be heading in the future. But what can independent research tell the auto industry about ways in which the quality of cars can be changed today? 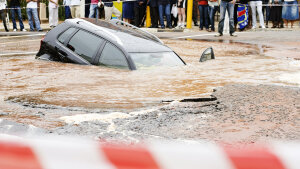 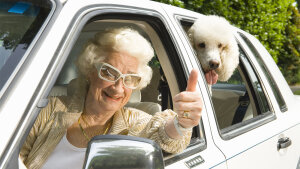 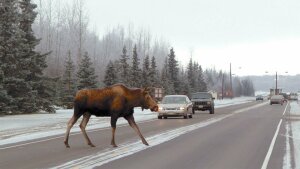