Is New Year's Day the most dangerous day to drive?

Browse the article Is New Year's Day the most dangerous day to drive? 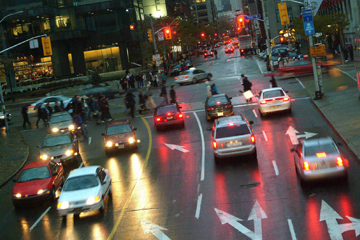 Are there stats to back up why police patrol the streets in higher numbers on holidays like New Year's Eve?
Design Pics/Thinkstock

Go out on New Year's Eve (which probably means you'll be coming home on New Year's Day) and you'll probably be implored by friends and family to be careful. Take a cab. Lots of drunk drivers out, obviously. It makes sense that the New Year's holiday would be a busy one for law enforcement and emergency response teams. And it is. But, believe it or not, New Year's Day is not the most treacherous day of the year to be behind the wheel.

Before we go any further, let's just clarify this: None of what we are about to say means that it's a good idea to be reckless on New Year's Eve. It's a safe bet that several of the drivers on the road should not be in a car. Just because there are statistically more car crashes on other days doesn't mean you shouldn't be careful.

Now, then. According to the National Highway Traffic Safety Administration, which is the government agency tasked with tracking and reporting on such issues, the worst day of the year to be in a car is Thanksgiving. And that's a problem, because a whole lot of people drive around on Thanksgiving. In fact, that's one of the factors contributing to this status. Other reasons include the fact that these car trips to visit family and friends tend to be longer than people drive on non-holidays, the long holiday weekend, and excessive consumption of alcohol (especially throughout the day). Thanksgiving seems so innocuous and wholesome, maybe because of the football and the way that everyone passes out on the couch after the massive meal and all the feel-good turkey chemicals. But really, the NHTSA says that the Thanksgiving holiday weekend is just a ruthless killer in disguise.

For similar reasons (well, aside from the turkey feast and autumn decorations), the runners-up on the list of the most dangerous days to drive are all holidays. Next up, statistically, are the Fourth of July, Memorial Day and Labor Day. That's right, after Turkey Day, most of the danger falls during the summer. People are eager to enjoy the good weather, which typically involves the risky combination of crowded roads and lowered inhibitions. New Year's Eve comes in at number 5, with the sinister Halloween right on its tail. So, statistically speaking, there's no real reason to fret about going out on New Year's Eve. Practically speaking, though, the risk of a car crash is higher, and it always makes sense to use a little extra caution.