Following a Friend While Driving May Not Be a Great Idea

by Kate Kershner Jun 29, 2017
The fear of getting lost can lead drivers following a friend to engage in dangerous driving behavior, like going too fast, changing lanes erratically or running a light to keep up. Thomas Barwick/Stone/Getty Images

By now, we all know about the dangers of following a friend on social media. You might find out their political beliefs are in stark contrast to yours. You might offend them when you forget to like a post about the carefully crafted bento box lunch they made for their first-grader. The perils of social media, right?

But it turns out that following friends in real life also can be hazardous. In fact, a small new study by researchers in Arizona published in the open-access, peer-reviewed journal Frontiers in Psychology shows that following a friend in a car (say, when they know the place you're headed but you need directions) can be truly dangerous. Compared to choosing your own route without a leader or relying on an audio navigation system, those who simply "drove behind" another friend to find their destination engaged in significantly more risky driving behavior.

The researchers think that the fear of getting lost causes drivers following a friend to do things like drive too close to the car in front of them or make abrupt lane changes. The drivers trying to keep up with a friend even drove faster and engaged in erratic turns. It probably comes as no surprise that participants also were more likely to speed through lights turning red in order to keep up with the friend who breezed through ahead.

How did the researchers figure all this out? They looked at the behavior of 16 drivers in simulated cars and in a simulated city under three different scenarios: a baseline scenario where the driver selected the route, a second scenario in which they followed audible route instructions and a third scenario in which they were asked to follow a simulated vehicle. All the drivers were undergraduates whose participation helped them to fulfill a class research requirement.

It should be noted that the researchers weren't asking people to engage in risky driving on the street; thus the simulation. They also made sure the "lead" car wasn't engaging in any risky or illegal driving that the subjects might be tempted to copy.

Now That's Cool
One of the authors on the study was inspired to further research the subject after being asked to do an accident analysis for a court case where a driver was seriously injured following a friend. 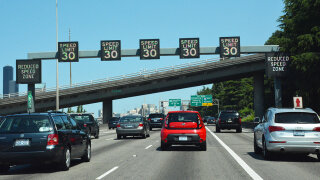 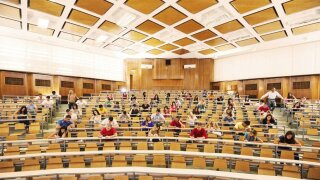 Is Extra Credit Messing With Science?