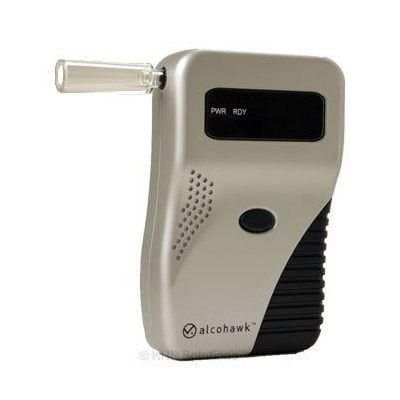 A breath analyzer like this one might be used in a DUI traffic stop, but some experts question their accuracy.
Photo courtesy Amazon.com

Because laws differ from state to state, there is no consistent punishment for a DUI conviction. Instead, the sentence depends on whether or not the suspect pleaded guilty, BAC at the time of arrest, whether he or she is a first-time offender, if anyone was injured or property was damaged, additional charges, and if other drugs were also involved.

For first time offenders, punishment can include some combination of a fine, jail time, tickets, probation, community service and a suspended driver’s license. Repeat offenders are more likely to lose their license, go to jail, have ignition interlocks placed on their cars (we’ll explain those below) and be ordered to attend alcohol counseling. In some states, drunk drivers who are under 21 will have their drivers licenses automatically suspended for six months to a year.

If you are convicted of DUI, it may be on your criminal record for your entire life. Offenses also go on your driving record, which potential employers and insurers can access. Some states keep computerized records, but others still keep them on paper, so if your job requires lots of driving, it’s probably a good idea to check your own record to make sure it doesn’t contain any errors. You can order a copy of your driving record at this Web site.

While breath analyzers are frequently used by police officers in DUI stops, they are known to be inaccurate. The main problem with breath analyzers is that they only estimate how much alcohol is in a person’s blood. The alcohol found in drinks is called ethyl alcohol and is part of the methyl group of compounds. Unfortunately many other compounds, including some found in human breath, are part of the methyl group and detection of multiple methyl compounds raises a BAC reading.

Breath analyzers use a ratio of 2,100:1 to convert breath alcohol into blood alcohol. Unfortunately, this ratio can be anywhere from 1,900:1 to 2,400:1 in some people and also fluctuates over time [ref].

The strength or duration of a breath can also affect the breath analyzer reading. In one test, sober subjects ate different types of bread products and then registered 0.05 BAC readings. Other factors that can affect a breath analyzer’s measurement include:

Ignition interlocks are devices placed in cars that test sobriety before a car can be started. The driver breathes into the device, and if any alcohol is registered, the car will not start. Judges frequently order repeat offenders to install the devices in their cars for a period of time.

Unfortunately, anyone who has a willing, sober accomplice can bypass an ignition interlock by just having the passenger breathe into the device (as was famously illustrated in the movie “40-Year Old Virgin”). Several car companies are developing devices that would foil these cheaters. Possibilities include a detection system built into the steering wheel that could detect sobriety through the hands or an alcohol-sensing keychain [ref]. Anti-drunk driving organizations and insurance companies have been among the big supporters of such projects.

The future of preventing drunk driving may be tied to technologies like these, but it is also in education and awareness. Some educators and lawyers complain that anti-drunk driving activism often turns into anti-alcohol activism. The key is drinking safely and in moderation -- remember that even one drink could lead to impairment while driving.

For more information on DUI and related topics, check out the links below.