The 100 Days When Teen Drivers Are Most Likely to Die

by Sarah Gleim May 26, 2017
Portland High students watch firefighters remove someone from a simulated accident sponsored by Students Against Destructive Decisions. The simulation was designed to teach the teens about drinking, drugs, texting and other driving distractions. Gordon Chibroski/Portland Press Herald via Getty Images

Memorial Day weekend means it's the start of summer in the U.S. But if you're the parent of a teenage driver, it also marks the beginning of what's been dubbed the "100 Deadliest Days." If that sounds ominous, it should.

That's because the period between Memorial Day and Labor Day is infamous for teen deaths due to car crashes. In fact, a 2016 study released by the AAA Foundation for Traffic Safety revealed that the average number of teens killed in car crashes increased by 16 percent per day compared to other days of the year. That equals 10 deaths every day during this period.

Why is that? It's most likely because teens are out of school and spending more time on the roadways. And they're notoriously distracted drivers, which the AAA Foundation says accounts for six out of every 10 teen crashes. And teens don't seem to understand the gravity of the danger: 90 percent of them admitted in a joint study by Liberty Mutual and Students Against Destructive Decisions (SADD) to talking on a cell phone while driving, and 78 percent to texting while driving.

But it's not just texting and talking on the phone that's the problem. Talking to passengers in the car or trying to do things while behind the wheel, like applying makeup or eating, is equally dangerous.

So what's a parent to do to keep their teen safe during these 100 Deadliest Days? First, set a good example. That Liberty Mutual study also found that 59 percent of parents admitted to texting on their cell phones when driving, and 20 percent of parents even admitted to driving under the influence of alcohol.

Parents, you also can use technology to your — and your teen's — advantage. You can download numerous apps to your teen's cell phone to keep them from texting while driving. Others limit what your teen can and can't do on their phone while their car is moving. Some will even monitor your teen's driving habits (like speeding, phone use and acceleration) and will provide you with a detailed report.

Other things experts suggest you do to keep your teen driver safe this summer:

Now That's Interesting
Teens aren't the only bad drivers on the road. In February 2017, AAA Foundation for Traffic Safety named young millennials (19 to 24-year-olds) the worst behaved U.S. drivers for their texting, red-light running and speeding.

Cool, Comical and Captivating: Our Best Stories You Might Have Missed This Week

Are Aliens Really Building a 'Megastructure' Around Tabby's Star? 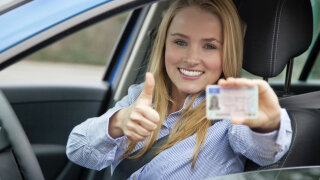 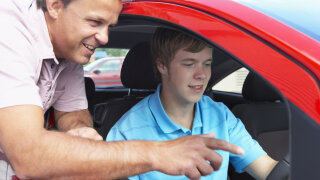 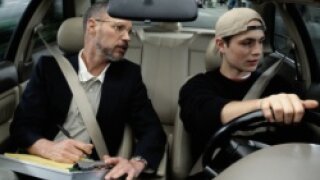 10 Things Not to Say when Teaching Your Kid to Drive