Browse the article How the Caparo T1 Works 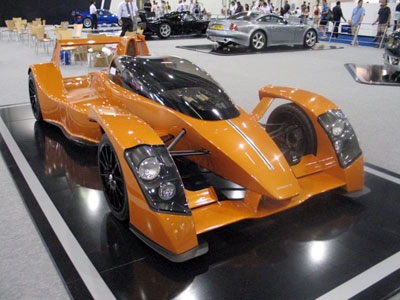 More than one supercar has used the thoroughbred racing machines of Formula 1 as inspiration, but Caparo Vehicle Technologies is ready to take that idea to its logical conclusion -- a street-legal F1 car. The Caparo T1 is a two-seat, open-wheel car with a higher horsepower-to-weight ratio than any previously available production model.

In this article, we'll look at how the Caparo T1 is comparable to race cars, how it travels so fast and why, even though it's as fast as a race car, it's still street legal.

The Caparo T1 could be considered the sibling of the classic McLaren F1, thought by many to be "one of the great events in the history of the car" [Source: Autocar]. Two of the engineers responsible for the T1’s design, Ben Scott-Geddes and Graham Halstead, were also heavily involved in the creation of the McLaren F1 [Source: Newspress]. But where the F1 (and the Ferrari Enzo, which was tested by F1 star Michael Schumacher) were inspired by F1 cars, the Caparo T1 strives to be one. It has an open-wheel design with the familiar F1 suspension struts visible. Front and rear wings create road-hugging downforce. The driver sits in an enclosed central cockpit, with space behind for one passenger. More importantly, the T1 was designed from the ground up to be as light as possible. It will not be the fastest or most powerful production car ever made, but it's essentially as close to a Formula 1 car with headlights as any car will ever be.

Caparo isn't producing the T1 to prove their high-performance street "cred" (though they'll generate a fair amount of it). The T1 is a showcase for Caparo's lightweight vehicle technologies. The company markets its expertise at designing cars using very light materials as a way for automakers to create more efficient cars, ultimately reducing pollution and energy consumption. Toward that end, they hired Formula 1 designer and McLaren F1 design alum Gordon Murray, who is known for shaving every ounce of excess weight from racing cars [Source: Autocar]. 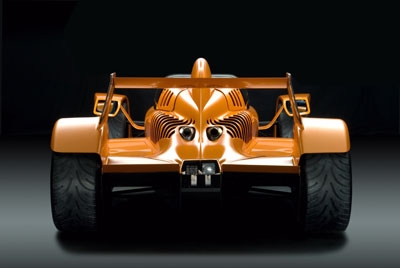 To propel the T1, a rear-wheel-drive car, Caparo uses a 3.5 liter, naturally aspirated V-8 engine with an all-aluminum block. This replaces the original engine, which was to be smaller, but supercharged [Source: Autoblog]. While the car's 480 horsepower (hp) can't touch W-16 beasts like the Bugatti Veyron, the T1 is so light that it will seem like it's powered by a solid fuel rocket. The dry sump system typical of high-performance cars drops the center of gravity by allowing lower engine mounting. The power plant is linked to a 6-speed gearbox made of carbon and magnesium with a limited slip differential, all controlled via steering wheel mounted thumb paddles, just like those found on an F1 car. Tech-savvy owners will have several gear and final drive ratios to choose from when their T1 is ordered.

Although Caparo has not submitted any T1s for independent testing, they claim a top speed of about 200 mph, with a 0 to 60 time of 2.5 seconds and a 0 to 100 time of five seconds.

Drive It Upside Down 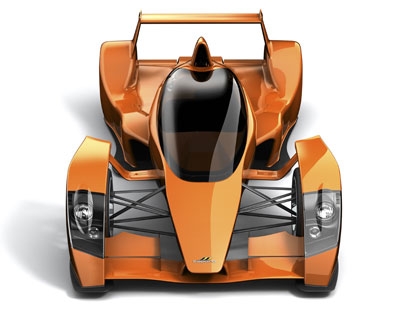 The fully tunable suspension and adjustable aerodynamics, including adjustable front wing, rear wing, "fowler flaps," and alternate wing options for road or track operation mean the T1 truly sticks to the road. At 150 mph, and with the proper wing configuration, Caparo claims the T1 generates enough downforce that it could drive through a tunnel upside down (at which point the downforce would be "upforce") [Source: Yahoo.com].

This means the T1 can generate more aerodynamic downforce than the actual weight of the car. That is possible, in part, because the T1 is one of the lightest supercars ever built. At 470 kg (about 1,036 pounds) and 480 hp, the T1 has an incredible power-to-weight ratio, fulfilling Caparo"s goal of a car with 1,000 hp per metric ton. An aluminum and carbon fiber monocoque chassis, carbon fiber body panels and a host of other ultralight materials help keep the T1 in racing trim.

The suspension is primarily inspired by F1 cars, with in-board shocks, a double wishbone in the front and rear, and adjustable anti-roll bars in the front and rear. Fully floating steel race disc brakes with machine race calipers provide stopping power, and are fully adjustable through the brake bias pedal box. The ECU is tunable as well, and the dashboard data readout includes options for data logging. 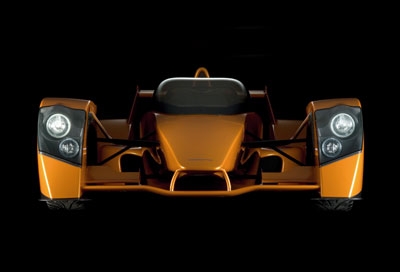 Caparo could have developed the T1 as a pure race car and entered it into any number of competitions. However, to truly grab attention, they made it street legal (in the United Kingdom, at least), so speed freaks with fat wallets can get excited about taking a T1 for a white-knuckle cruise when the local road course has an open track day. It's certainly a head-turner for those who want to arrive at special events in style, though it might be tough to climb in and out of the cockpit in an evening gown.

To keep the T1 safe and legal, the pylons that support the rear wing contain LED turn signals and brake lights, with headlights installed in the cowlings that cover the front tires. The cockpit is a hard "cell," with added protection coming from a steel roll hoop to keep the driver"s head from hitting the ground in the event of a rollover. The front of the car is designed to crush, absorbing impacts, and the honeycomb design of the chassis also adds strength and impact absorption. Both driver and passenger are held in place by a six-point harness and a head protection system that is compatible with the HANS device (Head and Neck Support, used by many drivers in top racing series worldwide). An optional fire suppression system, in both road and track versions, is also available.

Other options are available for potential T1 owners who aren"t content with the car"s £180,000 (just over $354,000 U.S.) price tag. Magnesium race wheels, carbon ceramic brake discs, a special aerodynamic performance package, track data package and wheel tethers are crucial for those who plan to hit the track, while leather interior is possible for those who want some comfort with their speed. Other amenities, like a radio or air-conditioning, are nowhere to be found on a car so purely designed for economy of weight like the T1.

For more information on the Caparo TI, race cars and related topics, check out the links on the next page.