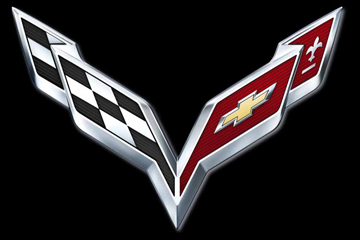 For the seventh-generation Corvette, the Crossed Flags design has a more angular and swept appearance -- a proportion that echoes the new car and suggests speed. Want to learn more? Check out these Future Sports Car Pictures.
© General Motors

First the C7 Chevy Corvette was going to be unleashed in 2013. Then, it was reined in until 2014. Now, it'll be a 2014 model year car that may or may not be for sale at some point in 2013. While these delays and rumors are certainly frustrating to a hard-core contingent of car enthusiasts, that's just how the auto industry does business. It takes a hefty chunk of time to redesign, test and build a car.

There are a lot of Chevy fans (and muscle car fans, and car fans in general) who are eager to get a look at the updated Corvette. Though plenty of them will make an effort to actually drive it (by visiting a dealership, encroaching on a lucky friend or perhaps actually buying one), a lot will be happy just basking in its presence (hence the popularity of auto shows). Even if most of the wishful thinkers who are fervently following the press updates don't actually purchase a new Corvette, all this hype is still great for Chevy.

Until the yet-to-be-determined big reveal actually happens, the 2014 Corvette is a good example of why car manufacturers thrive on speculation and rumor -- it builds excitement not just for the forthcoming model, but for the brand itself. They'll feign annoyance over top secret "leaked" information that might have spilled onto the Internet from their own keyboards. They'll wrap test cars in camouflage and try to disguise new body panels to keep the competition guessing and keep the spy photographers scurrying. They'll parcel out little bits of information to keep people interested, which can help generate interest in the brands' other cars; new technology and designs that are featured on flagship models sometimes signal a shift in the automaker's overall strategy.

So, what makes this Corvette any different? Well, the rumormongering has been going strong for a couple years, which might seem like a long time, but even that's not particularly unusual in the auto industry. It's still too early to sort the facts from the speculation, but the C7 Corvette is predicted to bring forth some significant improvements over the current model ... and that's always worth a look. 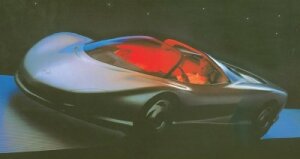