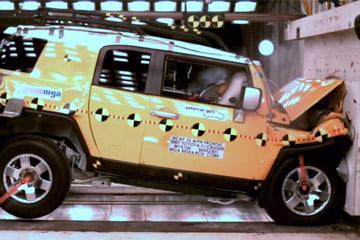 Buying and selling cars can be a pretty subjective process. Car buying can come down to what the buyer likes, so a large part of car selling is about figuring out what that might be. But there's one part of buying cars -- and selling cars -- that's as objective as possible: safety ratings.

By law, every car on the U.S. market has to meet certain safety standards set by the federal government. But most car buyers want cars that go beyond those standards. Short of crashing on your test drive, how can you determine if the car you're interested in is safe?

You really can't. Sure, cars can be stuffed with airbags and safety systems, but until those systems are called upon to prevent crashes and protect occupants, you really can't know how well they work. Yet, when you're buying a car, how those systems work is one of the most important and least subjective parts of the buying process. Car buyers simply want to know how safe a car is.

That's where safety ratings come in. Safety ratings are the results from crash tests, which show, as scientifically as possible, how a car's safety systems perform during collisions. In some cases, the ratings also show how adept the systems are at preventing a crash. While there are private organizations that give safety ratings, ratings from the National Highway Traffic Safety Administration (NHTSA) are required before a car can be sold in the Unites States and those ratings must be displayed on a car's window sticker.

It's a little-heard-of government agency, but the National Highway Traffic Safety Administration is a key part of car buying. Before a car can be sold in the United States, it has to undergo NHTSA testing. Good NHTSA ratings can lead to the automaker selling cars -- in fact, many more cars than a poorly-rated model sells. When a model gets good safety ratings, you'll hear about it in print, radio and television ads, and at the dealership, too. When it comes to buying cars, highly-rated models tend to be more popular with consumers, making the NHTSA and integral part of both car buying and selling.

So, what exactly is the NHTSA? The NHTSA was established in 1970. Its mission is to "save lives, prevent injuries and reduce economic costs due to road traffic crashes, though education, research, safety standards and enforcement activity." The NHTSA's task is crucial: Automotive crashes are the leading cause of death across all age groups for Americans and take an estimated $230 billion from the economy each year [source: NHTSA].

While NHTSA has a number of programs to educate drivers and communities about road safety, the agency is best known for safety recalls and vehicle product testing. In both cases, the NHTSA tests and recalls not only cars, but other products used with cars, like child safety seats.

If you think about it, it's easy to see how important the work the NHTSA does actually is for consumers. Without the NHTSA, there wouldn't be a system to track safety issues with cars and force car makers to recall (and fix) unsafe models. Also, parents would have no way of knowing if the car seats they put their kids in will truly keep them safe. Without NHTSA-developed safety standards, car makers could put unsafe cars on the road, too. And finally, without NHTSA ratings, car buyers wouldn't know if the car they're buying is actually safe. 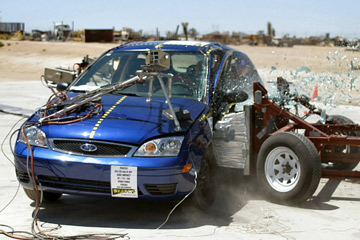 In all crash-test ratings, the vehicle is given stars for how well it protects the driver and affected passenger. The rating scale runs up to five stars, with the vast majority of cars getting at least three stars in all tests.

If you're interested in NHTSA ratings, you can check them out by visiting safercar.gov, where you can search the NHTSA's database. 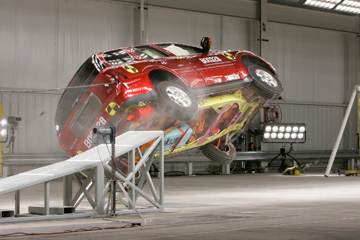 For more information about NHTSA ratings and other related topics, follow the links on the next page.