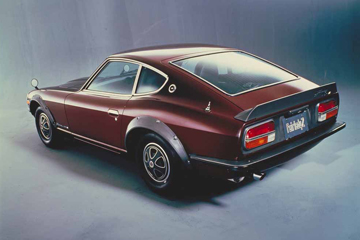 Nissan has decided to revive a name from its past -- Datsun -- to represent the new budget line of automobiles. What kind of cars, you ask? Probably nothing as cool as this 1971 Datsun 240Z.
Courtesy of Nissan

The automotive world has been abuzz since Japanese automaker Nissan announced it would join the likes of India's Tata Motors in producing an ultra-inexpensive car of its own. The car's rumored asking price? Around $3,000.

But wait -- is it even possible to make a $3,000 car and turn any notion of a profit? Building a car isn't like building a simpler machine ... like say, a bicycle. There are, quite literally, tons of materials in a typical car, thousands of individual parts and a heck of a lot of labor required for assembly.

Well, let's first take a look at the physical construction of a cheap "city car" like the Indian-made Tata Nano, which weighs about 1,322 pounds (600 kilograms) and costs a little more than 141,000 rupees, or a mere $2,700 or so in United States currency, when purchased brand-new. It's able to weigh so little not because of advanced carbon-fiber body panels or lightweight titanium framing. Nope, it does it the old-fashioned way -- by providing less car. For comparison, the average weight of an American-built car was a hulking 4,142 pounds (1,879 kilograms) in 2006, according to the Environmental Protection Agency [source: Jones].

Smaller size means less steel that has to be made from metal ore dug out of the ground. Fewer components for amenities extend the weight savings.

In addition to being smaller, the Nano does without lots of creature comforts and safety features found in higher-priced, modern automobiles. Airbags all around? Nope. Trunk hatch accessible from outside the car? Not a chance -- you get to the cargo area from inside the car. Radio and air conditioner? (Come on, it's India, surely AC comes standard, right?) Negative. To be fair, the "premium" LX trim does include AC, power windows and gives the front passenger a sliding and reclining seat to match the driver's.

Then there's the actual "people" and "doing business" parts of the equation. It's no secret that robots have assumed many of the factory tasks once performed by human automotive workers. But the machines haven't completely taken over, yet -- not even on the factory floor. Quite a few jobs still require the Homo sapiens touch. In many of the established auto-producing countries, workers have a history of earning pretty comfortable wages by rest-of-the-world standards. India, while modernizing fast, is still known as a low-cost source of labor.

By 2010, Indian auto workers were making an average $3.30 per hour -- which is actually on the high end of the scale for Indian manufacturing jobs. Contrast that with auto workers at the "Big Three" in the United States, who were paid an average of close to $30 an hour [sources: IHS Global Insight; Cohn].

OK, so you build the car with cheap labor and minimal frills, and all-in, your expenses are still less than $3,000. But remember, as the manufacturer, you don't make money unless people buy enough cars to pay back your investments: in tooling, the training of workers, marketing and all that other good business stuff. Which brings up the question, who would buy such a stripped-down, perhaps even punishing form of transportation?

If you have to ask that question, you obviously aren't the demographic the car is aimed toward. If, on the other hand, you're tired of slogging it out with thousands of bicycling commuters, large domesticated animals and motorcyclists on your way to work every day, something like this might be your vehicle. Similarly, if you're tired of transporting your entire family on a single motorcycle any time you have to go someplace -- and can't afford a Maruti Alto -- then one of the sub-$3,000 to $3,000-plus range competitors might be a step up for you.

Nissan was aware that producing an ultra-cheap car could rub off in an unintended, unwanted way on existing Nissan-branded and upmarket Infiniti cars. People might think all the company's products are no-frills and not worth paying lots of money for. In marketing, the polite term for this effect is "brand dilution," and generally it's considered a bad thing. So instead Nissan decided to revive a name from the past -- Datsun -- to represent the budget line of automobiles. Old-time auto enthusiasts will recognize the irony of the move. Before the Datsun name's retirement between 1981 and 1986, Datsun was a well-regarded brand to U.S. customers. During Datsun's North American heyday in the 1960s and throughout the 1970s, some even compared it to Germany's BMW [source: Hirsch].

To be sure, making a new car for $3,000 is a very tall proposition. Even Nissan has edged away from the $3,000 number, lest production realities make it impossible to hit that target. But when you put all the above-mentioned variables of design, labor, and materials together in the right combination, it becomes clear that yes, it is possible to build a car for $3,000 -- or even significantly less.

If early sales figures of the Tata Nano tell us anything, it's that even lower-income people judge a car by more than its price. Tata had to change its marketing approach when it became clear that potential buyers were turned off by the Nano's "poor man's car" reputation. I was a bit surprised to learn how status-conscious Indian car shoppers were in their initial snubbing of the Nano. But the thinking goes, if you can afford a new, cheap car, you can probably also afford a much nicer used car -- at a similar price. Call it "The Yugo Dilemma": how do you make a cheap car that non-affluent people won't be embarrassed to be seen in? So that's one equation for inexpensive automakers to balance out. (Personally, I don't care what bystanders think -- one of these would be great for zipping around my gridlocked, parking-constrained city.)

Another important bit of calculus will be to get public policy right in the places these cars proliferate. For instance, if you make driving more convenient than walking, your populace will put on weight, over time. Air quality might suffer and asthma rates could go up without proper emissions requirements. The West has lots of lessons to offer on how to (and how not to) build a prosperous society helped along by a car-owning citizenry. I hope developing countries are smart enough to look at the successes and problems stemming from developed countries' long-running love affair with autos, and that they take good notes.

Is the cost of fuel cells a major problem?
How Occupant Classification Systems Work
Do you need a brake puller?