How to Buy a Fuel-efficient Car

Vehicle weight is the biggest single enemy of fuel economy. A heavy vehicle simply needs more power than a smaller one to produce comparable acceleration and load-hauling capacity. And that's usually achieved by a larger-displacement engine.

Consumer Guide® real-world fuel-economy tests show that for the same model of vehicle, the version equipped with the larger engine almost always uses more fuel than one with the engine that has fewer cylinders or less displacement. However, in some SUVs and pickup trucks we've tested, the version with the smaller engine averages fewer miles per gallon. In large, heavy vehicles, a larger engine that doesn't have to strain as much can turn out to be more fuel-efficient than the smaller engine choice.

Generally, the larger a vehicle's size, the more it weighs. That isn't an ironclad rule, however. Midsize models loaded with luxury amenities or special-purpose equipment can easily outweigh modestly equipped full-size versions of the same type of vehicle.

Also affecting weight is the job a vehicle is designed to do. Heavy trailer towing or severe off-roading, for example, may require a beefy frame and reinforced suspension components. Those add weight. And convertibles, for instance weigh more than their coupe counterparts.

Simple laws of physics sometimes dictate truths that are hard to swallow when your aim is to save fuel. Large, heavy vehicles have lower real-world fatality rates than smaller, lighter vehicles. But it is not possible to simply conclude that size equals safety. That's because some large vehicles, such as full-size pickup trucks, have higher fatality rates than some categories of passenger vehicles, such as full-size sedans and minivans, which are not as large or as heavy. Much depends on a vehicle's design, the safety features with which it is equipped, and, not least, its driver demographics.

A Closer Look at Vehicle Safety

Fatality rates are generally measured in deaths per 1 million registered vehicles. The ranking of vehicle type by fatality rate can change year to year, depending on variances in reporting and record-keeping. But in general, here is how the vehicle types tend to rank, listed from lowest fatality rate to highest:

As you think about the trade-offs between fuel economy and vehicle size, here's a look at some factors that influence the fatality rates of the different types of vehicles.


Minivans tend to be family vehicles and are driven conservatively by a mature, experienced driver population. The same holds true for large cars. Both have generous crush zones and tend to be equipped with such important safety features as head-protecting curtain side airbags and anti-lock brakes. And neither is at a pronounced size disadvantage.

Large SUVs have size and weight on their side, and also are built on sturdy truck frames. That frame enhances their passive crash protection, though this rigid metal understructure, combined with the tall ride height of a full-size SUV, means these vehicles can be deadly to occupants of smaller vehicles in a crash. Large SUVs are not inexpensive, and so tend to be driven by a mature driver population, as well.

The midsize-car category covers the widest range of models, from bargain-priced sedans to luxury/performance models. They have going for them a low center of gravity that resists rollover accidents, and also can be equipped with the latest safety features. But their modest size means they begin to be vulnerable in collisions with larger vehicles, and their diverse owner population includes younger, inexperienced drivers.

Midsize SUVs include both truck-type wagons, wagons that are built on car frames, and the latest blend of car, SUV, and minivan: the crossover wagon. They also cover a broad range of price ranges, safety equipment, and driver demographics.

Large pickup trucks share many of the same vehicle characteristics as large SUVs, primarily ride height and a heavy frame. But the pickup-truck driver population tends to be younger and less family oriented. It's a higher risk demographic that drives less prudently, an important factor in the most deadly type of accident affecting trucks and SUVs: the rollover.

Vehicles with a high center of gravity are less stable in changes of direction and have the highest incidences of rollover accidents. A prime cause of death in rollovers is ejection from the vehicle. Pickup drivers, statistically, wear seatbelts less often than drivers of any other type of vehicle.

Compact SUVs also have a tall ride height and high incidence of rollovers, plus a relatively inexperienced driver population. And they are of a size and weight that does not give them a decided advantage in passive safety.

Compact cars are light and small, and while some are relatively costly, most are expensive transportation for a young, high-risk driving population.

When you're shopping for a fuel-efficient vehicle, you'll want to keep weight and safety in mind. However, don't forget the fact that demographics don't necessarily tell the whole story. Shop for a car that meets your needs, and use the information about vehicle fatality rates to influence, not dictate, your final decision.Does a vehicle's mpg really make a difference? What are those numbers based on? Check out the answers in the next section. 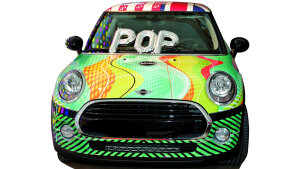