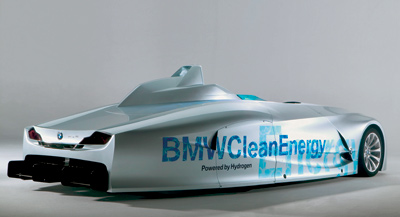 To learn more about the science of hydrogen as a fuel source, see How the Hydrogen Economy Works. For more information on the H2R and other concept cars, check out the links below.