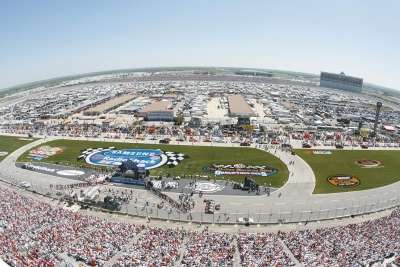 Watkins Glen International is a road course that allows for higher speeds than Infineon Raceway, another road course.

Watkins Glen International, known for much of its history as simply "The Glen," is a road course in western New York state that has played host to numerous forms of racing. As one of only two road courses on the NASCAR schedule, it features more turns (11 vs. 10) than the other road course, Infineon Raceway, but The Glen's lengthy 2.45-mile distance allows far higher lap speeds.

Though the first NASCAR race was held at The Glen in 1957, a seven-year hiatus followed before races were run in 1964 and 1965, after which they weren't held there again until 1986. "The Bud at the Glen" was run from 1986 through 1998, and in recent years, the track has played host to the "Sirius Satellite Radio at the Glen."

Watkins Glen International security: One soft-sided cooler up to 6 x 6 x 12 inches is permitted; food and beverages are also permitted. Fans may also carry in one clear plastic bag no larger than 18 x 18 x 4 inches, which may contain cameras, binoculars, scanners, or other items. Prohibited items include strollers, umbrellas, thermoses, and insulated cups. All items are subject to search.

Watkins Glen International parking: Free during the day. Shuttle buses run from downtown Watkins Glen as well as from Corning and Elmira. Long-distance shuttles are planned from Rochester and Syracuse. The road track means fans can buy a general admission ticket and walk around to different areas without having an assigned seat (favorite seats are at the starting line and Turn 11, a tight turn with lots of spinouts).

Watkins Glen International concessions: Each grandstand has its own restrooms and concession stands, reducing wait times.