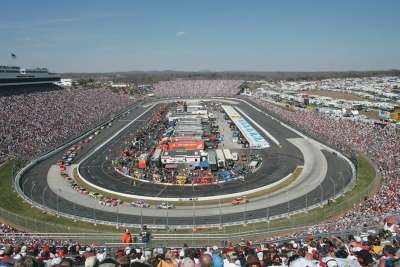 Martinsville Speedway in Martinsville, Va., is known as "The Paperclip."

Martinsville Speedway, known as "The Paperclip" for its elongated shape, is the oldest track still hosting NASCAR races. In operation since 1949, it's also the shortest and poses a challenge to brakes as the cars must slow dramatically to negotiate its tight, low-banked turns.

Martinsville Speedway security: One soft-sided bag or cooler up to 6 x 6 x 12 inches is permitted. In addition, one clear plastic bag (no larger than 18 x 18 x 4 inches and not containing ice) may be brought in. Wear binoculars, headsets, scanners, and cameras around the neck or on a belt (not in a bag). Umbrellas, strollers, lawn chairs, thermoses, insulated cups, and pets are prohibited.

Martinsville Speedway parking: All 200 acres of free public parking lies outside the track; allow two to three hours to leave once the race is over.

Martinsville Speedway first aid: There are two first-aid stations: one at the exit near Turn 2 and one under the Blue Ridge Tower about midway down. For more serious help, the closest hospital is Martinsville Memorial Hospital (320 Hospital Dr., phone 276/666-7200).

Martinsville Speedway concessions: There are many concession stands located throughout the track. Souvenir vendors are located next to the track. 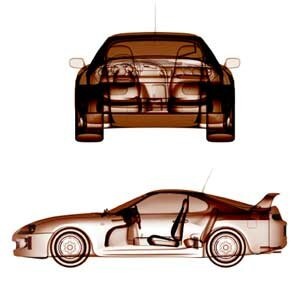