by Larry Woody
Prev NEXT
5 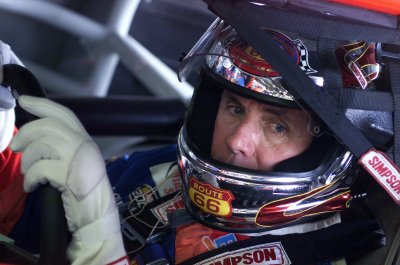 Darrell Waltrip said this of his 1989 Daytona 500 win: "This is the race everybody will always remember."
©2007 MSI/Nigel Kinrade

Why it's No. 5: Waltrip was nicknamed "Jaws" because he ran his mouth as hard as he ran the motor of his race car. But the brash Tennessean liked to say: "Boys, it ain't braggin' if you do it."

In the 1989 Daytona 500, Darrell did it. Nursing a gasping gas tank, Waltrip managed to dart across the finish line 7.64 seconds ahead of Ken Schrader, claiming his first Daytona 500 win in his 17th try in, fittingly, car No. 17.

An incredulous Dale Earnhardt, who finished third, questioned Waltrip's amazing mileage. "I'd like to get a look at that gas tank," Earnhardt growled.

Another doubting driver said: "For $5, I'd drink what was left."

Waltrip didn't hear the harpies; he was too busy spiking his helmet and doing the "Icky Shuffle" in Victory Circle. "This is the race everybody will always remember," said Waltrip. "This is Daytona."

Waltrip has retired from racing, but he hasn't retired from talking. Today, he is an award-winning broadcaster on Fox Sports' racing telecasts.