by Larry Woody
Prev NEXT
7 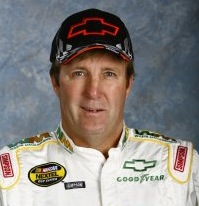 Sterling Marlin was a good ol' boy who finally made good in the 1994 Daytona 500.

Why it's No. 7: Marlin had paid his dues. And paid. And paid. For 17 years, he had raced in NASCAR obscurity, nursing second-rate cars to second-tier finishes.

Then Marlin landed a topflight ride with Morgan-McClure Motorsports near the end of the 1993 season. The self-proclaimed country boy from Columbia, Tennessee, finally had his big chance. And he made the most of it in the 1994 Daytona 500. Marlin steadily worked his way through the field, shook off a late challenge from Ernie Irvan, and nipped Irvan at the finish by a scant .19 of a second. It was his first NASCAR win in 279 tries. And he did it in the most prestigious event on the calendar.

Afterward, as he celebrated in the bright Florida sunshine, Sterling dedicated the victory to his father, Coo Coo Marlin, a colorful character who raced 12 years in NASCAR without ever earning a victory. "This one's for Daddy," Sterling said. "He ran all those years and never won one. This one's for him."

Back in Columbia, a welcome-home parade wound through the rural farmland and onto Main Street, creating such a commotion that Sterling's wife Paula said, "It scared the cows."

Maybe the cows, like everybody else, simply were cheering.