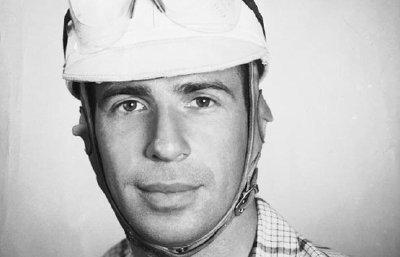 Ned Jarrett's margin of victory at the 1965 Southern 500  the largest in NASCAR history. See more pictures of NASCAR.

After winning the NASCAR Sportsman championship in 1957 and '58, Ned Jarrett looked for more lucrative horizons in the world of stock car racing.

A farm boy out of Newton, N.C., Jarrett was unable to convince a front-running car owner to give him a chance. So, with little money, he was forced to improvise. "Paul Spaulding, who owned a Ford that Junior Johnson drove for a year or so, decided he was going to build a new Dodge for late 1959," Jarrett explained. "He had his Ford up for sale with a $2,000 price tag.

"I wanted that Ford in the worst way," Jarrett continued. "Only problem was I didn't have $2,000. I had known that Junior had won in that car on several occasions and I felt that was the car I needed to make myself known in the Grand Nationals." Prior to 1959, Jarrett had only dabbled in NASCAR Grand National racing, running a total of 10 events. His total ­winnings amounted to only $530.

The first weekend of August 1959, a pair of NASCAR Grand National events were slated on successive nights in Myrtle Beach and Charlotte. Each 100-miler paid $800 to win, and as NASCAR Sportsman champion, Jarrett was eligible for a $100 appearance fee.

"I quickly figured how I could work this thing out," said Jarrett. "I could give Mr. Spaulding a check for the car on Friday after the banks closed, post-date it for the following Monday, and go out and win both of those races. I would have $1,800 and I could somehow come up with the other $200 to make the check good. It seemed so simple. I gave Mr. Spaulding a check for $2,000 with no money in the bank to cover it."

No one had ever entered the big leagues of NASCAR on such a harebrained scheme. But Jarrett was a gambler. He was confident. And he was good.

He towed the car to Rambi Speedway in Myrtle Beach, started ninth, and in Cinderella fashion, sped to victory. He pocketed the $900, but it was a costly victory. The steering wheels back in those days were taped up to make them fatter and easier to grip. Normally, they were wrapped from left-to-right so the overlapping edges were smooth. On Jarrett's Ford, the steering wheel was overlapped from right-to-left.

"On that rough track at Myrtle Beach," said Jarrett, "the edges of the tape cut my hands to the bone. I was in no condition to drive at Charlotte. I could hardly grip the steering wheel with my hands bandaged up. But I had to have another $1,100 in the bank Monday morning."

Jarrett started 10th in the Charlotte race, but had to get out of the car early. Joe Weatherly, who was spectating from the pits, relieved Jarrett during the first caution. When Junior Johnson departed on lap 76 with a blown engine, he hopped into Jarrett's car for the balance of the race.

"Junior brought the car home first," said Jarrett. "Joe was a little too short to reach the controls. I got paid the $900 and offered some to Junior for helping me out. He didn't accept any payment. And my check was good come Monday morning," chuckled Jarrett. It was the only time in the history of NASCAR Grand National racing that three different drivers ushered a car into victory lane.

Jarrett went on to win 48 more NASCAR Grand National events and two championships along the way. In 1961, he drove Bee Gee Holloway's Chevrolet to the championship while winning only one race. Jarrett won the title again in '65 while driving a factory-backed Ford for Bondy Long. This time he was more dominant, though, winning 13 races during his 1965 championship run.

Following the 1966 season, Jarrett retired while at his peak. "One thing I promised myself is that I would retire while I was at the top. I didn't want to go out while on my way down. It was a tough decision to make," said Jarrett.

Upon his retirement, Jarrett's record of 50 NASCAR Grand National wins was only four shy of Lee Petty's ­leading win total of 54. "Had I known I was only five wins away from being the all-time victory leader, I would have postponed my retirement. In those days, nobody kept records and no one knew who had the most career wins," said Jarrett.

Jarrett's most decisive win came at the 1965 Southern 500 at Darlington, when he won by 14 laps over runner-up Buck Baker. The margin of victory, 19-1/4 miles on the then-measured 1-3/8-mile Darlington Raceway, remains the greatest in NASCAR history.