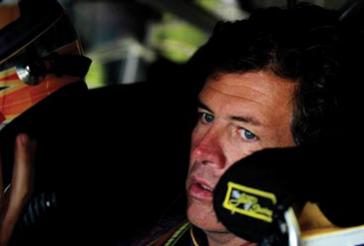 When many of today's ­young NASCAR drivers were barely old enough to push a matchbox car, Michael Waltrip was already racing for NASCAR -- and he hasn't stopped since. On the contrary, he continues to move forward and expand within the racing arena. He not only races on the track, but watches over it, too.

Waltrip remains a NASCAR driver, but when he takes his helmet off, he doesn't leave racing behind -- just the actual driving part. Waltrip is also the owner of three teams, including his own, under Michael Waltrip Racing.

­Waltrip has two Daytona 500 wins to his name as a driver. In fact, Waltrip has more wins and notable finishes under his belt than most drivers -- along with more years to accomplish his winnings. If you think that's impressive, consider this: Few drivers can have wins as both a driver and an owner. Waltrip is one of those few. In his first year as an owner, all three of Waltrip's teams qualified to race in the Daytona 500 in 2007 (source: Waltrip). Furthermore, in just a few years after formation, Waltrip already has wins in the NASCAR Nationwide Series as both an owner and a driver.

­Waltrip, David Reutimann and Josh Wise currently race with Michael Waltrip Racing. Waltrip has completed more than two decades as a NASCAR driver. Only time will tell if he keeps up with racing on both sides of the track, or chooses to trade his racing helmet in for an owner's cap permanently. At least for now, it doesn't seem as though powerhouse Michael Waltrip has any intention of slowing down.