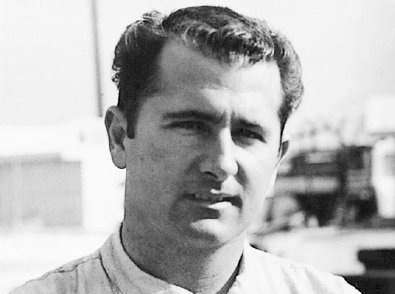 LeeRoy Yarbrough's adventurous and adept driving earned him NASCAR Driver of the Year honors in 1969. See more pictures of NASCAR.

Lonnie LeeRoy Yarbrough grew up on the rough side of Jacksonville, Fla., and developed an affinity for speed at an early age. When he was 12, Yarbrough put together his first car, a 1934 Ford coupe with a Chrysler engine.

He gave the local cops fits when he was a teenager. When he was 19, Yarbrough found his way to a local dirt track to ventilate his lust for speed. Amazingly, Yarbrough won the very first race he ever ran at Jacksonville Speedway in the spring of 1957.

Yarbrough started his racing career in the lower tier Sportsman division. After winning 11 races, Yarbrough moved up to the more powerful Modifieds and won 83 features in a three-year span.

A skillful driver, Yarbrough became an instant success. He won two short-track races in the 1964 NASCAR Grand National season, the first year he competed in more than 14 races. Two years later, Yarbrough scored his first superspeedway win at Charlotte. Driving an unsponsored and lightly regarded Dodge Charger owned by Jon Thorne, Yarbrough dominated the race, leading for 450 of the 500 miles in the Oct. 16 National 500.

Factory-backed rides followed, and Yarbrough responded accordingly. Despite the myriad tribulations that beset his Junior Johnson Ford team early in the 1968 season, LeeRoy rebounded and won at Atlanta and Trenton. Having tasted success, he was energized to tackle the challenge of the '69 NASCAR Grand National season.

Yarbrough had a flair for the dramatic. In the 1969 Daytona 500, Yarbrough found himself trailing Charlie Glotzbach by 11 seconds with 10 laps remaining. He slashed his way through the slower traffic and drew in on the leader. On the final lap, Yarbrough ducked to the low side to make the decisive pass, but a lapped car loomed in his path. In an impressive display of courage and skill, Yarbrough dived to the low side in turn three to clear the lapped car, nearly clipping the apron. He took the lead from Glotzbach and dashed under the checkered flag a car length in front.

The passion he brought to the fight had elevated Yarbrough to the top echelon of his profession. He was the Daytona 500 champion, but he wasn't finished. Next, he won Darlington's Rebel 400 in the final four laps, then won Charlotte's World 600, lapping the entire field at least twice. He also bagged the summer 400-miler at Daytona, prevailing in a tense late-race struggle with Buddy Baker.

Yarbrough won the summer race at Atlanta International Raceway despite a 102-degree fever. He captured the Southern 500 by passing David Pearson on the final lap. And he won by a full lap at Rockingham in October, overcoming a lap deficit when a flat tire sent him into the wall. By season's end, Yarbrough had seven wins to his credit.

LeeRoy Yarbrough truly made a name for himself with his outstanding 1969 performance. He won dozens of post­season awards and was voted the best American driver by a panel of experts. Sprinkled with liberal amounts of self-confidence and intelligence, it was his ability that carved a unique niche in the gallery of NASCAR greats.

After his sparkling 1969 season, Yarbrough's performance record tailed off. A victim of the factory withdrawal, Yarbrough had to scramble to locate rides in Grand National events. He won only once in '70, at Charlotte Motor Speedway, and only entered six races in '71.

In 1972, he swallowed his pride and accepted a ride in a Ford owned by independent campaigner Bill Seifert. He registered nine top-10 finishes in 18 starts, clearly the finest efforts the Seifert machinery had ever posted.

Yarbrough showed up for Daytona's 1973 Speedweeks, but failed to earn a starting berth for the Daytona 500. He virtually dropped out of sight after that, never again showing up at a NASCAR event.

10 Essential Tools of NASCAR Pit Crew Members
What is the history of stock car racing?
How the United States Auto Club Works